Council to discuss future of pottery 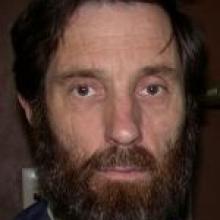 Bruce McCulloch
The future of what is believed to be the world's biggest collection of Temuka Pottery - whether to keep it in Oamaru at the North Otago Museum or sell it - could be decided by the Waitaki District Council on Wednesday.

However, the debate and final decision may take place behind closed doors in the council's "public excluded" session, unless councillors formally vote to move it into the public portion of the meeting.

Its community services committee, at its meeting on May 5, dealt with the issue with the public excluded and has recommended the collection be de-accessioned - the first step in disposing of it.

The Otago Daily Times revealed on May 7 the council was considering disposing of the collection, that it had been valued last year at $86,000 and the South Canterbury Museum in Timaru may be offered it.

However, its market value could be more, with one piece considered to be worth more than $10,000 and others more than $1000.

It has more than 1000 pieces, some dating back to when the pottery was first made, and has been built up since the mid-1980s.

Yesterday, the council released its agenda for Wednesday's meeting, but it had no mention of the Temuka pottery collection.

Under the "public excluded" portion, there was a "report and recommendation" from committees, which the Otago Daily Times understands is the Temuka pottery collection.

The reason for excluding the public was "to enable the council to consider commercially sensitive information. Premature disclosure... would detrimentally affect council's position in the negotiations".

However, while listed as public excluded, councillors could still decide at Wednesday's meeting to transfer it into the public part of the agenda.

The North Otago Museum has a de-accessioning policy which sets the process for any item or items to be removed from its collection.

It is considering removing the Temuka pottery because it is not locally relevant - it is made in Temuka by NZ Insulators Ltd.

The collection was started by former North Otago Museum director Bruce McCulloch and, apart from a small exhibition at the Forrester Gallery in 2004, has never been fully exhibited or promoted.

Items were bought with a 1984 bequest from the late Ivy Pollard.

Temuka Pottery also donated a substantial number of items over the years of new products and designs, recognising the North Otago museum as its unofficial company museum.

The collection includes ashtrays and pipe tobacco humidors, some produced as promotional items for companies, items with Maori motifs, pieces made for restaurants, companies, government departments and cups and saucers for New Zealand Railways.