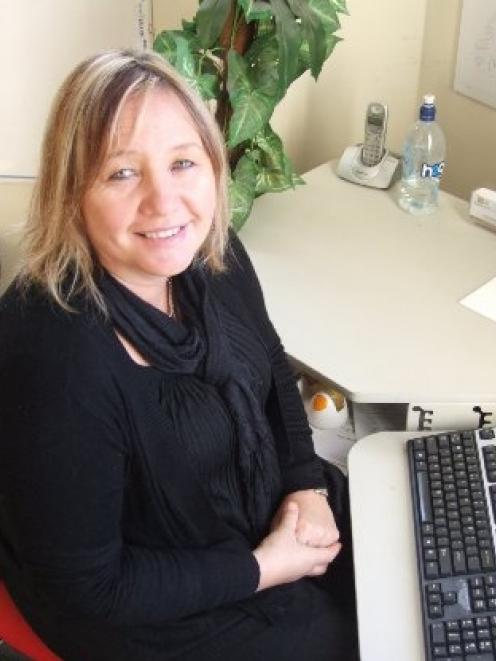 Alison Banks. Photo by Sally Rae.
The fact more crime is being reported in the Waitaki district is being attributed to an increase in the community reporting incidents.

The Waitaki Safer Community Council's annual report for the financial year ending June 30 said there had been a 9% increase in total crime and a 4% decrease in solving it, compared with a 19% decline in offences and 8% increase in the resolution rate the previous year.

However, Waitaki community safety officer Alison Banks said campaigns by the safer community council, along with better reporting systems, the community reporting crime, Waitaki Guardians patrols, graffiti eradication and prevention programmes along with other initiatives had contributed to the increase.

"There has also been a noticeable increase in the council, businesses and community working alongside police, which in turn is seeing a number of crimes being solved," she said.

In the past year, 2082 crimes had been reported in the Waitaki district, compared with 1855 the previous year.

Mrs Banks presented her 2009-10 annual report to the Waitaki District Council this week, predicting crime would also show an increase in the 2010-11 year.

This would be because of activities involving co-operation between the district council and police which would encourage people to continue to report crime.

One highlight was a noticeable decrease in violence on Waitaki streets because of initiatives by the community, but violence in homes had increased and was predicted to rise again this year.

Since access to alcohol had become easier and cheaper, more people were drinking at private dwellings.

"We are jointly looking at ways to address this and, if successful, we will see a decline not only in family violence but most other offences," she said.

While initiatives had been introduced to work with licensed premises, youth, parents and the community, it was difficult to educate individuals on responsible drinking because of the amount of drinking taking place in homes.

There had been a noticeable increase in people using "No Regrets Party Packs" produced by the safer community council and parents registering parties with police, along with increased parental supervision.

The ongoing support of Students Against Driving Drunk had been a key when working with young people.

The next stage was to educate parents about supplying alcohol to young people, how much was acceptable, supervision and knowing where their children were, who they were with and what they were doing.

Liquor bans had also been a positive tool, particularly in rural communities at "hot-spot times" such as holidays.