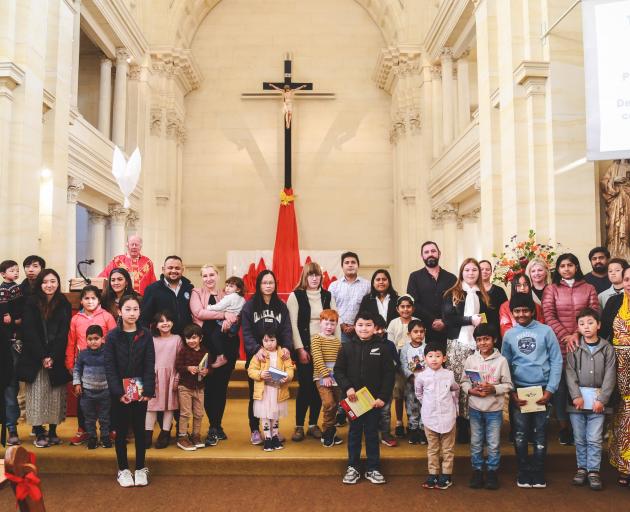 The full Oamaru primary school held a special Mass at St Patrick's Basilica to welcome 23 new pupils, and their families, to the school and church communities.

Principal Lorraine Frances-Rees said the school was welcoming people "from more and more places around the world".

"It’s good for Oamaru that there’s a lot of people coming in to the area, and obviously good for us as a school because we’re now very, very multicultural," she said.

In Mrs Frances-Rees’ five years as principal of St Joseph’s, the ethnic make-up of the school had "totally changed".

About half of the school’s 133 pupils were now from cultural and ethnic backgrounds other than New Zealand.

The school held a welcome Mass twice a year, and had another planned for November, Mrs Frances-Rees said.

"We just do it to make sure everybody is connected.

"A lot of these families are first generation into New Zealand, and into Oamaru. I think it’s really important."

About half of the pupils welcomed yesterday were new entrants, while others had joined the school at different year levels. Ten of the children were from local families, while others came from the Philippines, India, China, South America, Ireland, Tuvalu and Japan.