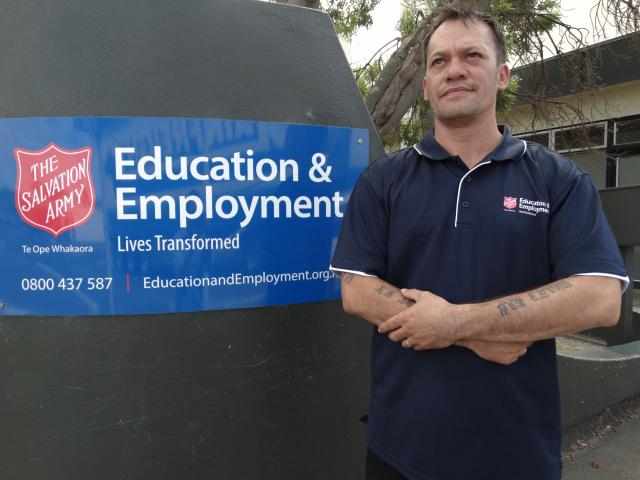 Oamaru Salvation Army employment and education centre manager Joseph Cropley ponders the future of the Oamaru centre, which may be closed under a nationwide proposal to close all centres. PHOTO: DANIEL BIRCHFIELD
Oamaru's Salvation Army employment and education centre may close under a proposal that could result in centres being closed around the country.

The centre, on the corner of Frome St and State Highway 1 in north Oamaru, has one full time staff member and nine students.

If the proposal goes ahead, all 21 of the organisation's centres would close and 80 staff would be affected.

Oamaru Salvation Army education and employment centre manager Joseph Cropley said he was concerned for Oamaru's youth if the centre did shut its doors, as study options for them in Oamaru were limited.

"Personally, because I have always been community and student-focused, my first thought was what are we going to do for the young people if it does go through and we close, the main reason being Oamaru ... does not have somewhere else for them to go. The polytech [Ara Institute of Canterbury] doesn't really offer courses that would suit them.

"Basically, this is the only option for further education when they leave high school."

The centre, funded by the Tertiary Education Commission, offers life skills and career option advice, NCEA level one and two qualifications and New Zealand certificates in tourism and computing.

It was not only the loss of academic options that concerned Mr Cropley.

"There's the teaching them to become valuable members of the community, like how to talk to and interact with people, get them ready for employment, working in a team environment and dealing with drug and alcohol abuse, all those sorts of things as well."

About 90% of students left with a qualification and went on to find employment after they had completed courses, he said.

Student Taneisha Paea (16), who is studying towards NCEA level one, said she did not want the centre to close.

"It has helped me so much and to see it close down would be horrible."

Salvation Army social service national head Captain Gerry Walker said the proposal being carried out in consultation with staff, who were being supported throughout the process.

`We are in the same situation as other private training establishments ... Working in this sector is challenging because of the funding model and falling student numbers.

"We will be discussing with staff and taking feedback for the next two weeks at least. After that we will ... consider all the options before making any final decisions."

Mr Cropley encouraged the public to make submissions on the proposal.

A decision on the proposal was expected in June.