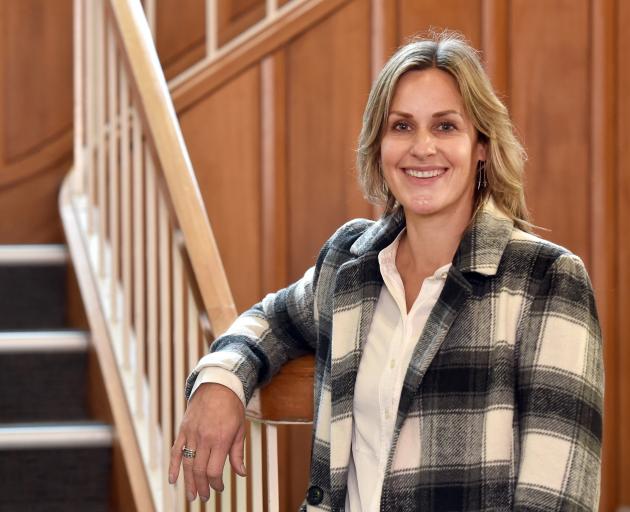 Queen’s High School deputy principal Liz Koni has been appointed principal of Waitaki Girls’ High School in Oamaru and will take over in term four. PHOTO: PETER MCINTOSH
When Liz Koni left Oamaru as a teenager, she did so straight out of St Kevin’s College.

When she returns to the town she still calls home later this year, she will be going back to school — just not her old one.

Mrs Koni (nee Laming), who has been at Queen’s High School since 2013 and deputy principal since 2017, said the Oamaru role held huge appeal and she had jumped at the chance.

"The first was that for me it would be returning home. I grew up in Oamaru and some of my family still reside there. I still think of Oamaru as home.

"The second thing would be that Waitaki Girls’ is an all girls’ school. For me, single-sex girls’ education is something I really believe in wholeheartedly. It’s a great challenge and I am the sort of person that lives life looking for new challenges."

She planned to visit Waitaki Girls’ in term three to meet staff, pupils and the school community.

Mrs Koni praised the school’s board and said she was delighted to be going to a school that had a "really impressive foundation of excellence and pastoral care".

Unlike her sisters she did not attend Waitaki Girls’ and was educated at St Kevin’s College.

Waitaki Girls’ board of trustees chairwoman Susan de Geest said when the board consulted school staff, pupils and families, it found they wanted a principal with vision, honesty and integrity, and the ability to empower and inspire.

"Mrs Koni is described as a spirited, innovative, perceptive and personable teacher and leader, who is incredibly passionate about her profession and the work she undertakes daily to educate and inspire young women."

Margaret Williams will continue as acting principal until the end of term three.