Family has tradition in butchery 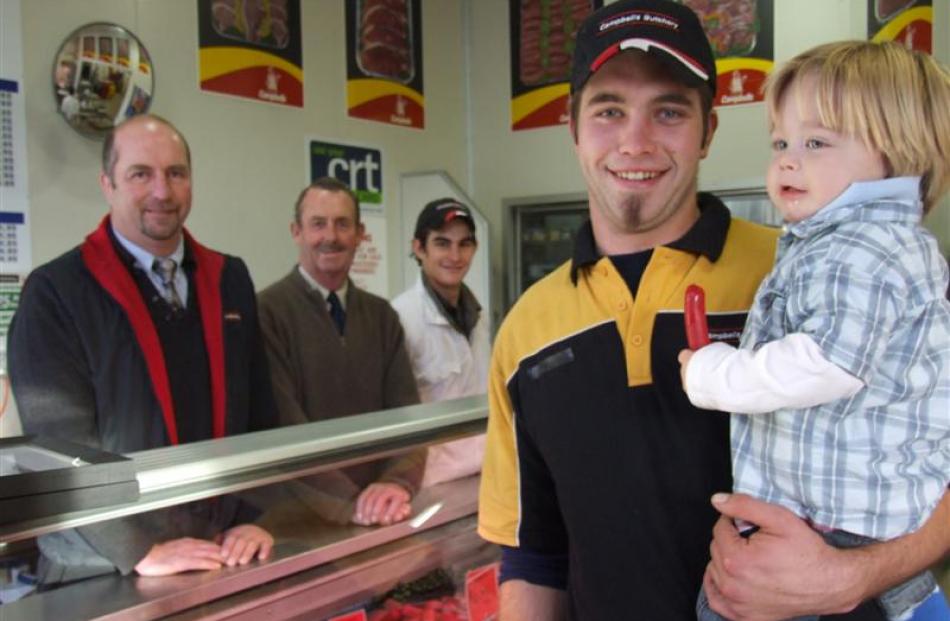 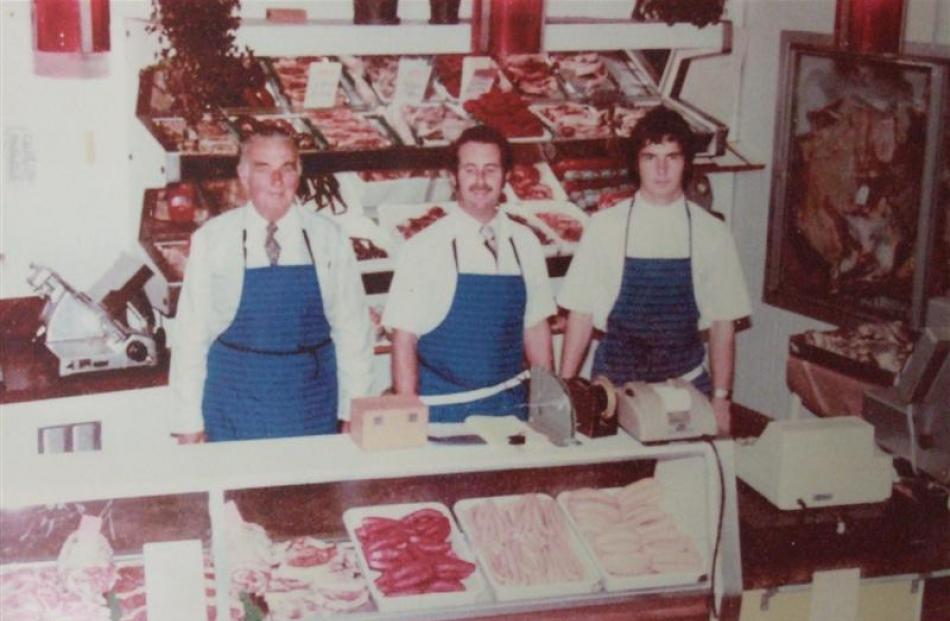 Three generations of butchers, (from left) Laurie, Roy and Tony Campbell, in 1982.

When Jason Campbell recently started working in the retail section of Campbells Butchery, he continued a long family tradition at one of Oamaru's oldest established businesses.

He is part of a fifth generation to work at the butchery, which dates back to about 1912.

His great-great-grandfather Robert Campbell originally had a butcher shop at Weston before moving to the present site in Thames St.

It was later taken over by Robert's sons, Laurie and Bruce, whose business was known as Campbell Brothers Butchery, before Laurie's son Roy took over in 1975.

Roy's son Tony (45) is now at the helm, having started his apprenticeship at the business in 1980.

His eldest son, Jason (22), has worked at the butchery for about four years, learning the smallgoods trade in the factory before recently moving to retail.

Another son, Hamish (20), works in smallgoods.

Having such a long and continuous family involvement in the business was "pretty damn good", a proud Roy Campbell (67) said yesterday.

It was a "two-man shop" when Roy took over, and by the time he retired, it employed about 20 staff.

That number has grown to 33.

Roy Campbell diversified to supply supermarkets with smallgoods, a venture he said "grew and grew" and now made up about 50% of the company's business.

Campbells Butchery now supplies supermarkets from Christchurch to Invercargill, and in Central Otago.

It has a strong retail business and also does private processing.

While Oamaru had 13 butcher shops in the 1980s, it now had just three.

And yet another generation of Campbells may take over the business in the future.

Jason's son Rayffe (19 months) was munching on a saveloy yesterday.

"Who knows? That would be pretty amazing, wouldn't it?" Tony Campbell said.