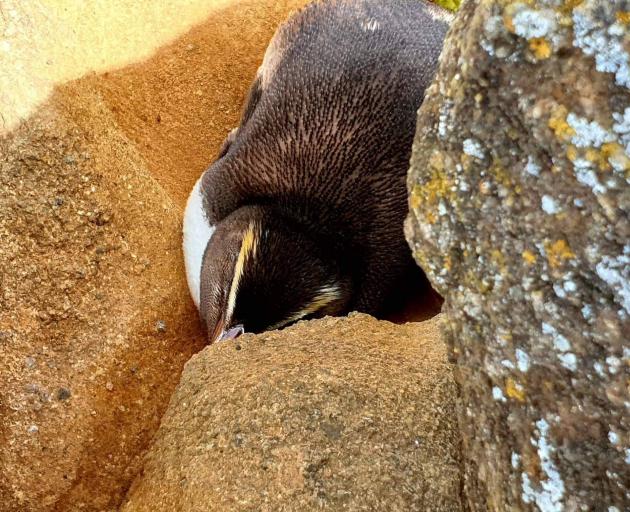 A Fiordland crested penguin seeks refuge on the North Otago coast as it prepares to moult.
Unusual visitors could start turning up on coastal Otago beaches.

On "penguin awareness day" yesterday, staff at the Oamaru Blue Penguin Colony picked up a Fiordland crested penguin, or tawaki, from Kakanui, far from the bird’s southwestern coastal breeding grounds, after it was spotted and reported by a Kakanui resident. 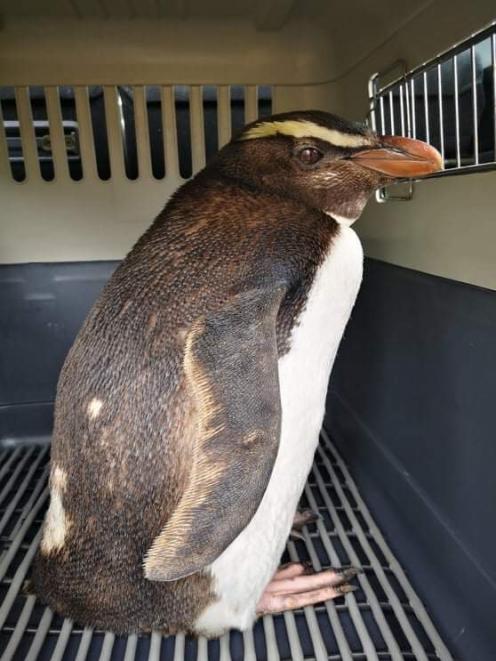 The tawaki after it was rescued. PHOTOS: SUPPLIED
"It’s kind of funny, being penguin awareness day, it’s sort of the start of the period of time when we do need to be aware of birds that we don’t often see on the coast just turning up in strange places,’’ Oamaru Blue Penguin Colony science and environmental manager Dr Philippa Agnew said. ‘‘It was the end of January last year that we started finding Fiordland crested penguins, and then an erect-crested and then yellow-eyed [penguins] were moulting after that. This is the start of when we are likely to see those birds."

The 3.7kg bird picked up yesterday was expected to be large enough to survive the moult on its own and was left in the wild, but in a location inaccessible to humans.

"She wasn’t safe," Dr Agnew said of the tawaki.

"We’ve put her in a safe location where we can keep an eye on her but where she can moult naturally on her own, away from people disturbing her and potential dog attacks."

Any black and white penguins, rather than the blue little penguin, seen on Otago beaches should be reported to the Department of Conservation hotline, or to the Oamaru Blue Penguin Colony.