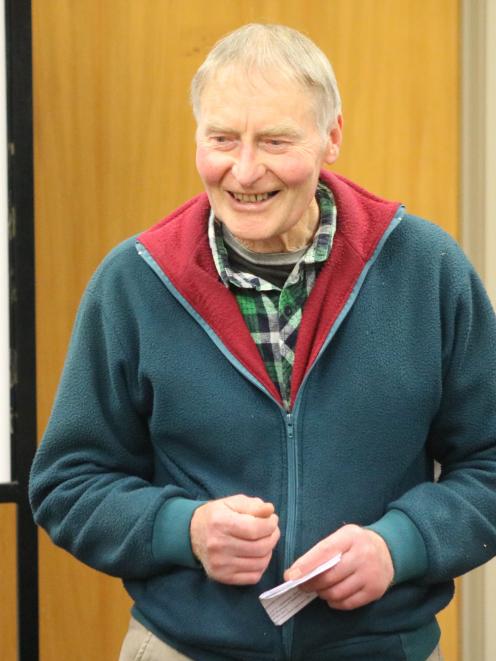 Stephen Wesselingh
A former Waitaki mayoral, council and community board candidate has been found guilty of assault, after unsuccessfully defending himself in court.

Stephen Wesselingh (67), of Palmerston, appeared before Judge Michael Turner in the Oamaru District Court yesterday, charged with assaulting a Ministry of Justice bailiff in Palmerston on May 20, 2021.

Wesselingh pleaded not guilty and, representing himself, accused the victim and police of lying, and claimed police had assaulted him during his arrest.

The court heard that the bailiff went to Wesselingh’s business, Ascot Manufacturing Ltd, to execute court-issued warrant to seize property for unpaid fines.

The bailiff was approached by Wesselingh, who yelled at him, telling him he could not be on the property and disputing the warrant. The defendant then used two hands to push the bailiff, causing him to stumble back.

The bailiff activated a mobile duress alarm, notifying a security company and police, and when he attempted to leave the property, he discovered the gates were locked and he was trapped.

When Constable Carl Pedersen arrived, he had to scale the fence to get in. Wesselingh was unco-operative when arrested and had to be removed with the assistance of the bailiff. He was then taken to the Palmerston Police Station.

After the bailiff and Const Pedersen gave evidence, questioned by Wesselingh and police prosecutor Sergeant Simon Reay, Wesselingh was given the opportunity to take the stand himself.

He indicated he would not answer questions from what he described as "police thugs".

He denied yelling at and pushing the bailiff, but accepted he repeatedly told him to leave the property. He said he locked the gates as he was "busy" working and "didn’t have time to watch him to see what he would steal".

Judge Turner said he accepted the evidence of police and the bailiff, which was clear, calm and consistent with earlier evidence.

That was in contrast to the "highly emotive" evidence of Wesselingh, who failed to question witnesses on essential matters, and in cross-examination responded to Sgt Reay "in what can only be described as a smart or facetious manner", the judge said.

The force used was at the lower end of the scale and there were no injuries, but Wesselingh was "perhaps lucky" not to be facing another charge for effectively detaining the bailiff, he said.

Wesselingh read a magazine throughout Judge Turner’s summary, and said he intended to appeal the sentence.