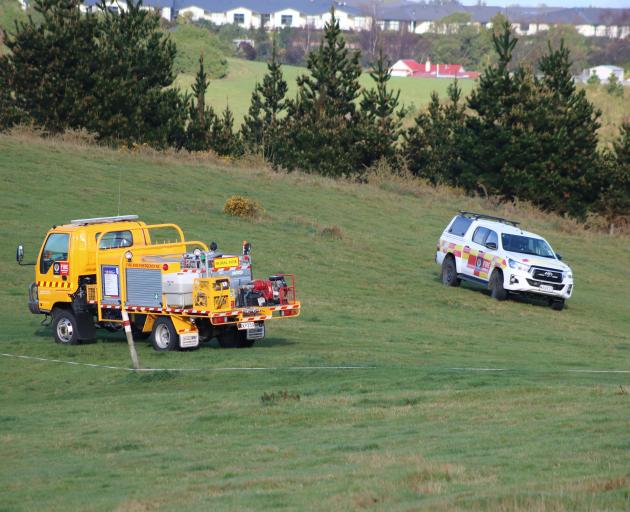 Fire and Emergency New Zealand crews were called to the fourth fire in five weeks at the Oamaru reserve at 7.30am yesterday. The 400sqm scrub fire was believed to have started on the Link Track.

A Fenz spokesman said the Oamaru Fire Brigade struggled to access the fire, off Warren St, and several four-wheel drive crews from Waitaki Rural Fire Brigade assisted. Crews from Weston also attended and the fire was being "mopped up" by 10am.

Fenz also attended suspicious fires at the reserve on August 10, 11 and 17. All call outs had been at 7-7.30am. While no property had been damaged, the fires continued to put residents and volunteer firefighters at risk.

"This incident [yesterday] morning, there were 13 firefighters there from three different stations. While we’re attending this incident, there could be other emergencies that are occurring around town, and unfortunately, this takes up a lot of our resources," Mr Harrison said.

Another fire, in Old Mill Rd last Monday, was also being treated as suspicious. However, it was not believed to be related to the fires at Glen Warren Reserve, he said.

During lockdown, Oamaru police appealed for a woman, who allegedly noticed suspicious behaviour when walking in the Glen Warren Reserve area on August 22, to come forward. She had spoken to another person on the track, who contacted police about the conversation.