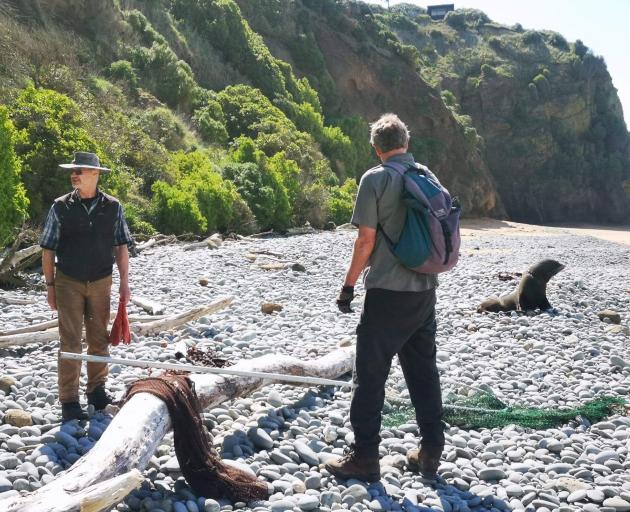 Despite a photograph of the entangled animal at Kakanui circulating widely on social media, on October 5, nobody called the Doc hotline to report it for several hours, and by then it was too late for the department to respond on the day, biodiversity ranger Jim Fyfe said.

"Lucky for this guy, there was a second chance."

Oamaru Blue Penguin Colony science and environmental manager Dr Philippa Agnew went to look for the animal at Kakanui the following morning but it had already left the area. 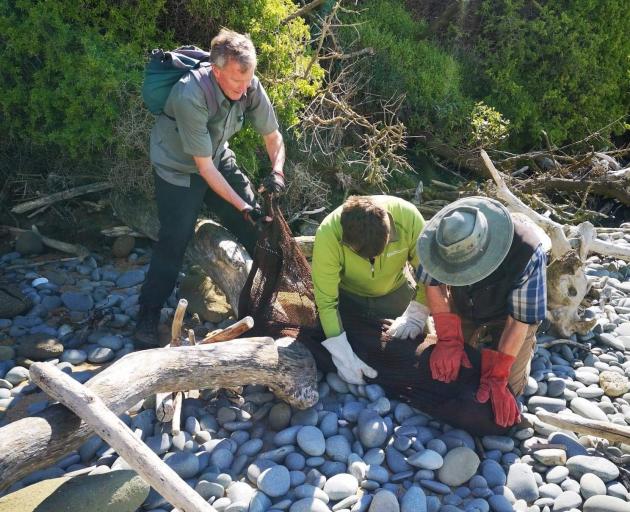 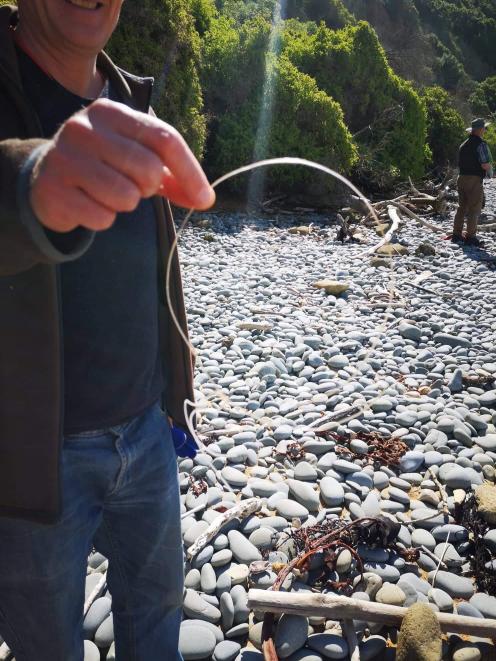 The offending nylon line that had ensnared the seal.
When Dr Agnew went to the beach on Wednesday night, she did not find the injured bird but instead happened upon the fur seal again.

The pair found and were able to trap the seal before removing the nylon loop from around its neck.

"It was losing condition - it was still OK, but if we hadn't caught it when we did it would probably have been too late," Dr Agnew said.

"It still had the nylon around its neck and it was getting tighter. There were parts of its neck where it was starting to cut in a little bit ... but yeah, that was probably our last opportunity to do it.

"If we weren't able to do it then and there, that probably would have been it."

Mr Fyfe said the sub-adult male was already starting to have issues.

He said any plastic rubbish that formed loops posed a potential risk to the marine mammals, and the department was called to perhaps one incident a year to deal with similar situations. However, he liked this seal's chance of survival.

"It should have a good chance of survival now - they've got a remarkable healing capacity and they're swimming around in a saline solution. I imagine it's going to recover," he said.

"More than 10 days after it was first spotted entangled in fishing line, the Department of Conservation and Oamaru Blue Penguin Colony staff have saved a New Zealand fur seal from a slow death".
What were they doing during those 10 days?, having meeting after meeting about the seal or were they tucked up in their nice warm beds? "it was too late for the department to respond on the day", they should have been out there as soon as they got the call, and we pay for this incompetence.