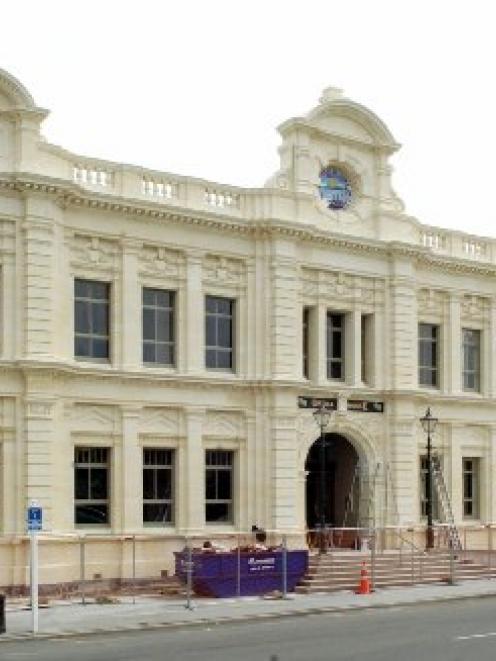 The Oamaru Opera House. Photo by Gerard O'Brien.
The Opera House in Oamaru has exceeded its projected use and income for the first year of operation after a $10.3 million redevelopment, but recorded a higher-than-expected loss because of problems with its heating system.

During the year, the theatre complex experienced ongoing problems with its heating system.

Opera House director Richard McWha said problems with the design of the heating system, compounded by installation issues, resulted in it only becoming fully operational in the last month of the financial year.

"A claim against this over-run has been made against the redevelopment project."

The first year was "very successful" despite teething problems, he said.

In the current year, Mr McWha is looking to reduce expenditure, particularly in heating and electricity, and increase income through greater use.

The Opera House recorded a loss of $97,175, but expects to recoup some of that through altering depreciation which has resulted in an overall loss of about $45,000.

The Waitaki District Council, which owns the building, is expected to decide not to fund some of the depreciation on the redevelopment cost, thus reducing the operation's costs.

During the past year, 10,445 seats were sold to events in the Whitestone Contracting auditorium and Otago Daily Times Inkbox.

The Opera House, acting as a booking agency for promoters and organisations running events, earned $19,236 in fees and commissions.

In addition, it earned $86,477 from venue hire, which did not include an estimated $18,500 in free or discounted use by local community organisations, attended by more than 5000 people.

Mr McWha paid tribute to the 57 volunteers who helped out at the Opera House, staffing events as ushers and the box office.

"Praise for the venue is given daily by clients, patrons and the community alike and the Opera House has endeared itself as an important asset for the town and a source of great local pride," Mr McWha said.

This year the Opera House plans to expand its Ticketdirect sales, target small to medium conferences, and promote the venue for day meetings and retreats (particularly to Dunedin companies and organisations).

It also will work at hiring out "unpopular time slots" and renew fundraising for operational expenditure.