But the North Otago helicopter pilot said he was humbled to be awarded an Australian bravery medal for rescuing two men from a flooded river in 2018.

Mr Irving, who is now a pilot for Heliventures NZ in Oamaru, was working at McArthur River Mine in Australia’s Northern Territory when he received a call about two men who were stranded in rising floodwaters.

The two travellers had attempted to drive their rental van over a bridge on the Tablelands Hwy, but had stalled after driving into floodwater and got stuck.

They clambered on to the roof of their van, as floodwaters rose around them, and had been trapped for 24 hours. They were only discovered when a local publican went down to the McArthur River to check the water level.

The publican called Darwin police, who contacted the mine to see if it had a helicopter available. Mr Irving, who was off-duty at the time, was asked if he could pull the rescue operation off, and he and a member of the mine’s rescue team, John Waerea, devised a rescue plan.

"I just talked [John] through what we were going to do, and practised it on the road so he knew what the go was," he said.

He carefully manoeuvred his helicopter between trees and delicately hovered above the stricken van as Mr Waerea jumped on to the roof of the van that was being rocked by the fast flowing river and shared the sequence of the rescue plan with the stranded travellers.

In rapidly deteriorating weather conditions and as darkness started to set in, he flew the helicopter back to the stricken vehicle and one of the stranded men was assisted on board and taken to dry land. Mr Irving returned to collect the second traveller, and then again to collect Mr Waerea and the rescue equipment.

The two men were "pretty relieved" to be rescued, after being stranded for so long, Mr Irving said.

He did not believe what he had done was anything special — he was just using the skills he had been taught — but said it was nice to read the accounts of the men who were saved, as part of the bravery medal nomination process.

The investiture ceremony was initially planned to take place in Australia with Mr Waerea, who also received a bravery medal for his efforts in the rescue, but that had not been possible due to Covid-19.

Mr Irving, who grew up in Kurow, has been a pilot for about six years, starting his career as ground crew for Helicopters Otago.

"I always wanted to [become a pilot], but I never thought it was achievable," he said.

"I went and worked for Helicopters Otago and it all sort of fell into place, I guess."

He has been working for Heliventures NZ for about two years, and was enjoying being back at home. 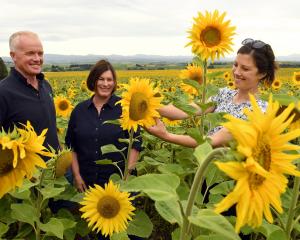 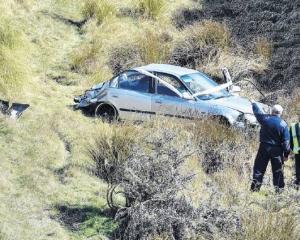