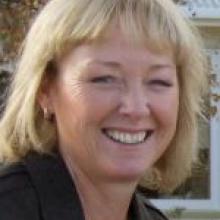 Jacqui Dean
Waitaki MP Jacqui Dean is not saying yet where she will deploy the extra staff member she is entitled to.

The National MP told the Otago Daily Times she will have three electorate agents this term - two in Oamaru and one in a new office in another town - to help her service her 58,815 constituents.

The 34,888sq km Waitaki electorate is the third largest in the country, which entitles her to the extra agent under the November 16 agreement reached between National and the Maori Party.

"I couldn't be more pleased about that because one of my big concerns has been how do I do justice to an electorate as big as Waitaki?"

Mrs Dean's electorate extends from Oamaru in the east to Wanaka in the west and includes Waimate, Geraldine, Twizel, Ranfurly and Middlemarch.

At the time of the agreement, Prime Minister John Key said there was "inequality" in the support Parliament provided for Members of Parliament. He compared 147,000sq km Te Tai Tonga with Epsom, which covers just 22sq km.

Asked about what job she hoped to get in the new government, Mrs Dean said she wanted to continue with her interests in the environment and local government, but did not want to be taken away from her electorate responsibilities at this stage.