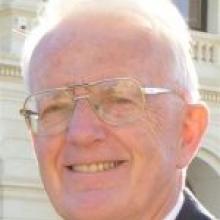 Alex Familton
"Let's not feel complacent, and remember we are in very demanding times," was the message from Waitaki Mayor Alex Familton to his councillors after spending two days considering 187 submissions on the Waitaki District Council's 2011-12 draft annual plan.

The council finished the submissions process on Thursday, during which they discussed issues and projects people and organisations had raised and decided how they would be handled under a draft plan that proposes a 4.55% increase in rates next financial year.

"That does not mean there are not a lot of people out there very concerned about rates. It is how much you [councillors] are prepared to move - whether you contemplate a rates rise above the 4.55%," he said.

Mr Familton said the draft plan identified some major projects, including the Oamaru Harbour redevelopment. There were also submissions on smaller projects.

"My thrust, now and in the future, is to concentrate on the large projects that will progress the district, looking to save on smaller projects," he said.

One issue raised which again caused considerable debate was public toilets, including a new block proposed for the Oamaru Gardens and the Hampden hall committee continuing to make its toilets available to the public.

The council is proposing to review its toilet strategy within the next 12 months. The strategy was approved in 2003.

Councillors on Thursday decided to include that review as part of its 10-year long-term plan, but will look at the Hampden toilet issue as part of the current annual plan deliberations.

Other issues it will consider include selective spraying of roadside weeds to protect trees, small project funding requests from submitters, transfer station hours, the harbour redevelopment (including funding from resource management contributions and the steampunk-themed playground), appointing a community development officer, allowing biking and walking tracks to be constructed (including a track from the historic precinct along Humber St to link with the track to Waitaki Boys' High School at Orwell St), the Alps 2 Ocean cycleway and community hall rates and funding.

Some of those issues will also form part of the long-term plan review.