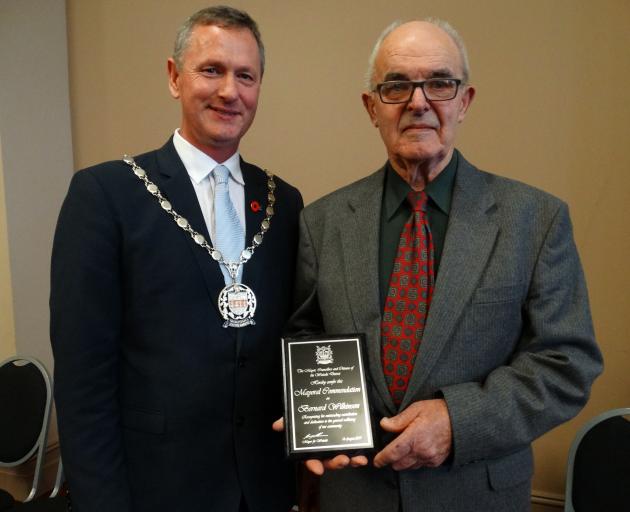 The award was created to recognise those who have previously received a citizens award and have continued their dedication and commitment in volunteering.

Bernard Wilkinson, who received a citizens award in 1996, was presented with a plaque by Waitaki Mayor Gary Kircher in front of friends and family.

He quipped it would have to be modified to include the names of those who have volunteered at the Oamaru Combined Churches Foodbank, which he established more than 20 years ago.

In Mr Wilkinson's citation, Mr Kircher spoke of his commitment to the foodbank, his involvement with the North Otago Anglican Homes for the Aged charity and Victim Support among others.

Mr Kircher said while Mr Wilkinson may have retired, in theory, 25 years ago, that was not the case in practice, and he had created a ``legacy'' in the district.

Mr Kircher thanked each of the award recipients for their service.

``All of the recipients are very deserving of recognition for their voluntary work across the district that positively affects so many others. The citizens awards are a significant event each year and it is a great privilege to be able to honour those who have given so much to our community.''