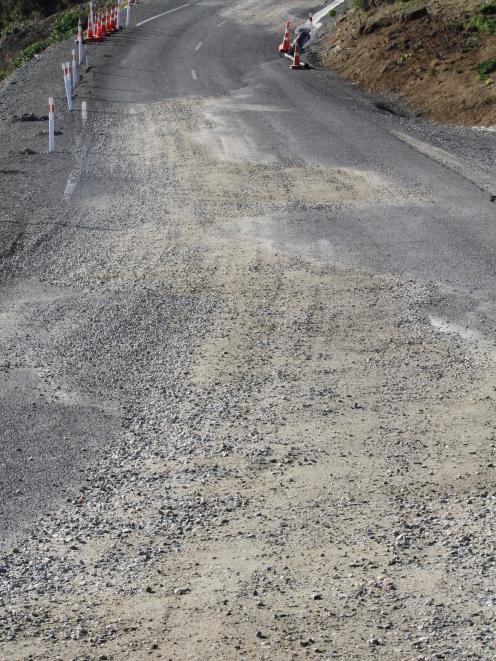 Haven St, Moeraki, before it was restored. Photo: Hamish MacLean.
The road to Moeraki is paved and open for traffic.

However, it is not the beleaguered, slumping Haven St.

In 2017, the Waitaki District Council decided to focus on Tenby St as Haven St continued to slump into the sea, despite efforts by both the council and community to stabilise it.

Council assets group acting manager Michael Voss confirmed the upgrade of Tenby St had been completed and would provide "a more reliable access", but he would not comment on whether Moeraki had a new main entrance.

"There's no such thing as a main entrance," he said.

"They recognise the fundamental problems with the community section of Haven St," Mr Kircher said.

"But the reality is, Tenby St is going to be the main way to access [Moeraki]."

In 2015 a partnership between the council and community members rebuilt the road, amid much fanfare.

Haven St reopened in 2016, but reverted to its 2013 condition after severe slips and two years ago it was reduced to one lane.

Mr Voss said the council and its contractors would continue to monitor Haven St and the council had a $12,000 annual budget for its maintenance.

He did not have the costs for the Tenby St upgrade at hand.