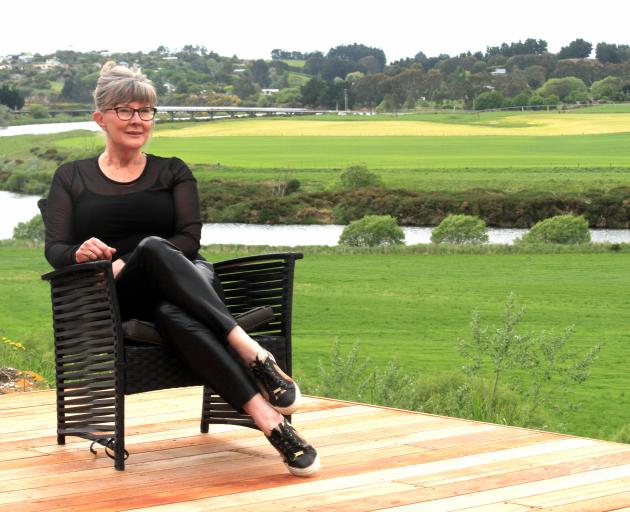 Kakanui marketing and communications consultant April Hayes Dickson believes the North Otago RSA in Oamaru should become the permanent home for Gallipoli: The Scale of Our War now at Te Papa, in Wellington. PHOTO: HAMISH MACLEAN
A Kakanui marketing and communications consultant says the strength of the Waitaki district's connection to World War 1 could put Oamaru's vacant North Otago Returned and Services Association (RSA) building in the running to one day house at least a part of Te Papa's ground-breaking Gallipoli: The scale of our war.

"I don't know if it could happen, but it's not dead. It's worth pursuing," April Hayes Dickson said.

`What I find interesting about the district's connection to World War 1 is that it's a living and breathing thing. It's not just something that gets dusted off on the 24th of April, the day before Anzac Day."

There was also the hospital ship Maheno, named after the nearby Waitaki town, which evacuated Anzac troops from the Gallipoli peninsula, and the more than 400 white crosses and oak and elm trees across the district individually honouring the hundreds of North Otago men who died in World War 1.

A Te Papa spokeswoman said it was too early for the museum to comment on the exhibition's future, but it would be at Te Papa until at least Anzac Day 2022, "and it may well be at the museum beyond that date".

"We haven't made any decisions yet about what will happen to it once it does close," she said. "We are aware of a number of communities that have expressed an interest in having the exhibition, or parts of it, in their patch."

Waitaki Mayor Gary Kircher confirmed he had toured the RSA building with Mrs Hayes Dickson last year - it would require a "full refit of the building".

"It would be a massive task - and we've been busy enough that we haven't looked into that any further."