By Ruby Heyward
0 Comments
More than a year after closing its doors, the Hampden Community Library has reopened on its 150th anniversary, with a new look.

A ceremony was held at the Hampden Hall, to which the library was attached, to celebrate its extension and refurbishment.

The library reopened last week with two additional public rooms, a children's area and a kitchenette.

The additional space, donated by the Hampden Hall Committee, was a big improvement to the library’s original 4m x 5m area.

The library also had a new name. 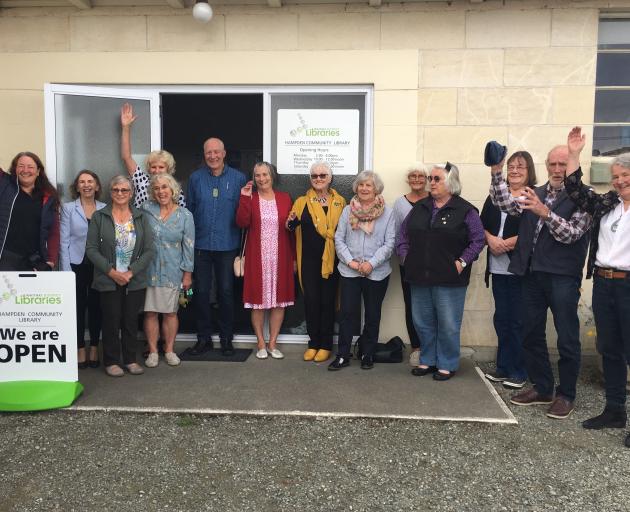 Celebrating yesterday’s reopening of the Te Whare Pukapuka O Kurinui, the renamed Hampden Community Library, are the volunteers who worked tirelessly over a year to extend and refurbish the space. PHOTO: RUBY HEYWARD

Moeraki Runaka upoko David Higgins opened the ceremony with a speech and a karakia, and led Hampden School pupils in introducing its new title — Te Whare Pukapuka O Kurinui (The House of Books of Hampden).

"It was much more than just books."

The institute had hosted talks, concerts, and arts and dance.

Mrs MacTavish said the original ambition was for there to be no uneducated rural people.

She was most excited about the library’s extension of technological support and new computers, which would mean more people in the area having access to the internet.