Scrap-metal bike that is fit for a King 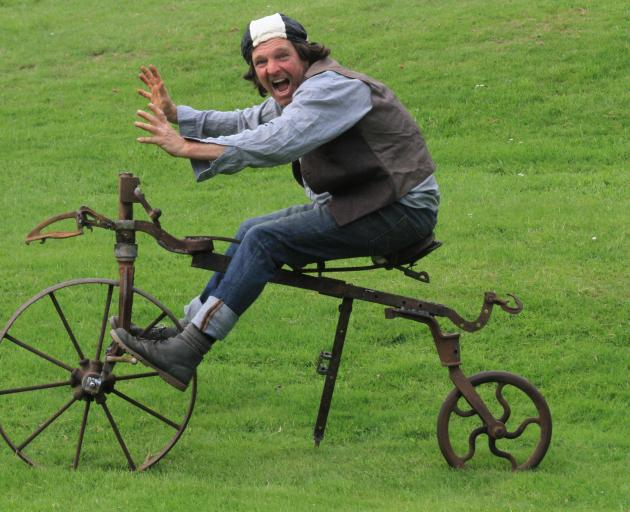 "How big is the hill?'' the North Otago artist asked.

The roughly 50kg, working found scrap-metal bicycle sculpture has no brakes, but with the Victorian Heritage Celebrations theme this year of "wheels'', Mr King entered the "bone shaker'' - made almost exclusively from old plough parts - in the celebrations' grand street parade through Oamaru at the weekend.

Now with plans to open a gallery at his Herbert workshop, the velocipede would remain in his collection and would go on display.

"He had a great eye for treasures,'' Mr King said.

"I inherited a whole yard full of agricultural implements, and this old plough was one of them. And I just thought, 'It's got to be a velocipede.'''

In 2017, for the Waitaki Arts Festival, Mr King rode a "moa bike'' through Oamaru made from a Honda XL 105 frame, with a neck made from horseshoes and rebar and a head fashioned from a rotary hoe.