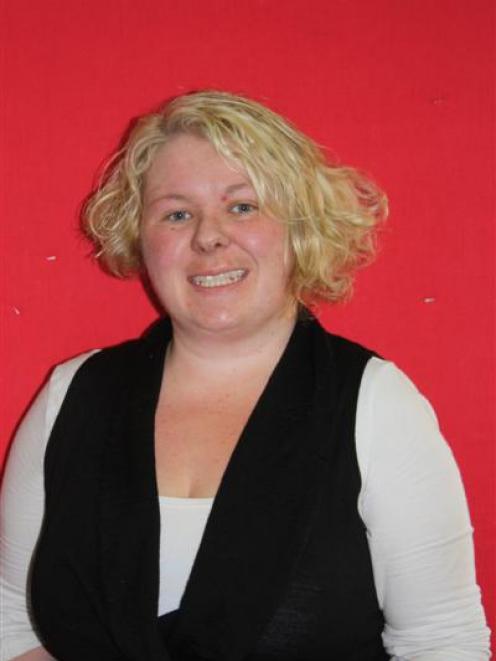 Melanie Sloan
Inspirational Oamaru teacher Melanie Sloan has been named the supreme winner in the ACC Attitude Awards, which honour the outstanding achievements of New Zealanders living with disabilities.

The awards have grown out of the Attitude TV series, which screens on TV One on Sundays and TVNZ 7 on Thursdays, Fridays and Saturdays.

It was Miss Sloan's second award of the night.

She also won the Spirit of Attitude Award, which recognises an unsung hero who lives life with positivity while facing extreme adversity.

Miss Sloan has juvenile rheumatoid arthritis, a painful inflammation of the joints characterised by swelling, heat and living with chronic pain.

Despite that, she decided at an early age to excel academically and help others.

She hit a low point when she was 15 when a dip in her health meant she needed a wheelchair.

Facing up to the setback, she decided to change her attitude and make a difference with her life.

"I decided from that moment on, that I was going to ace it at school.

I was going to prove everyone wrong and make a name for myself," she said.

After graduating as a teacher in 2002, Miss Sloan immediately began eight months of surgery for joint replacements on her knees and hips.

She began teaching at St Joseph's in 2004 and now also manages the middle syndicate.

When she found out a young mother was about to have her third set of twins, she contacted all her friends who recently had babies and did a drive to collect clothes and sent them to the woman whom she had never met.

She invited a person with Down Syndrome to live with her and helped her to become more independent.

She also helps buddy a girl with an intellectual disability.