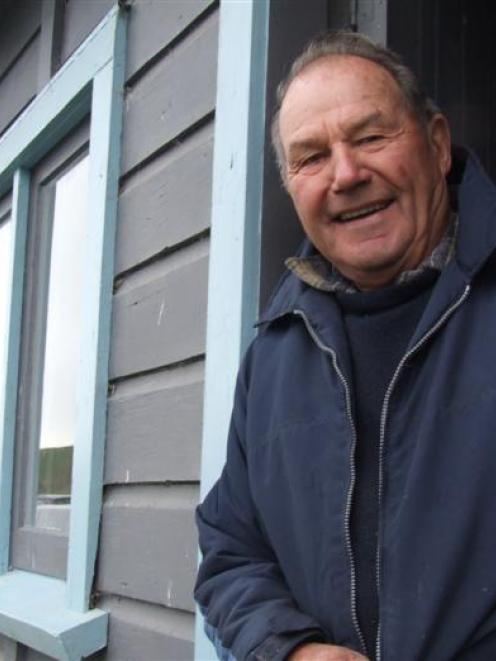 By mid-morning yesterday, Mr McMillan (78) had already been home to get milk and to Hampden to pick up tea and coffee.

He was at the dog trials before 7am and planned to be there to shut the bar last night, before heading back today for the final day.

His diverse duties ranged from filling the secretary's hot water bottle and clearing any dog mess from near the cookshop to working in the bar alongside brother-in-law Bill McKerrow.

He did the same jobs last week at the Oamaru Collie Club's 60th anniversary trials, which have been held on the property for many years, while his wife, Betty, - whose baking skills are legendary - catered.

At the weekend, Mr McMillan cleaned out the stove in the cookshop because it was smoking badly. "You just do these odd jobs," he said.

Little had changed at the trials since they were first held on the McMillans' property.

The courses were the same, the menu was much the same - always stew, cold meat "and a pretty good morning tea" - there was still a "friendly bunch" of people and the head barman was the same.

Mr McKerrow (72) said he had played the bagpipes at the Hampden Anzac Day service for 56 years and played tennis for 59 years for Waianakarua.

Mr McMillan has been treasurer of the Oamaru Collie Club since 1974 and has never missed a trial on his property.

He did not compete, although he had in the past, "unsuccessfully". However, his wife once won six teaspoons for winning the maiden.

On Saturday, Mr and Mrs McMillan will be presented with a sesquicentennial award at the New Zealand Century Farm and Station Awards in Lawrence. Their farm has been in the family for 156 years.