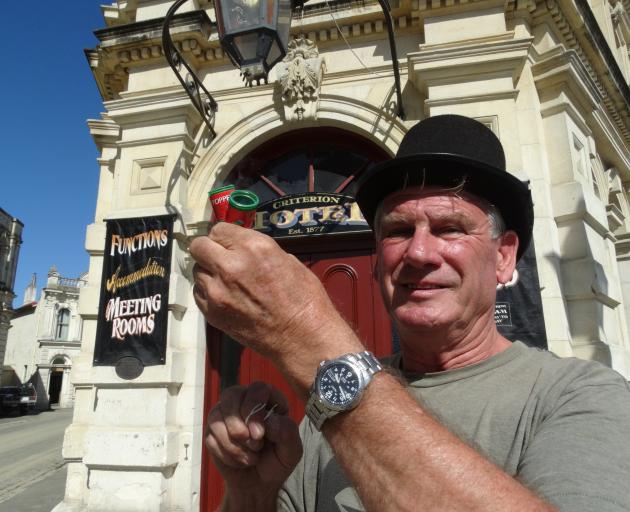 It is party time, people.

Or at least it will be tomorrow at the Oamaru Whitestone Civic Trust’s Harbour Street Party, from 10am to 4pm in the town’s Victorian precinct.

The Criterion Hotel, which has been closed for several months, will also be open not only for the party, but the whole weekend from 11.30am to 4pm.

Trust chairman Graeme Clark said the idea for the celebration and its related activities, which would include live music, penny-farthings, Victorian dress and displays, stone sawing and others, was hatched due to another large-scale event being held in Oamaru — the 64th New Zealand Motor Caravan Association National Rally.

"I saw a post on Facebook or somewhere about the camper van rally happening. There’s about 650 to 700 vehicles registered ... it’s probably 1400 people here that are what I call local tourists.

"I got the staff together and made a plan to entertain those visitors and locals this weekend. These are people that will come back again and again."

He said the inspiration came from an experience he had several years ago.

Mr Clark recalled he received a call from TVNZ about 3pm one afternoon, saying that weatherman Jim Hickey planned to do a live weather broadcast from outside the Criterion.

Three hours later, everything had come together — from people riding penny-farthings to others in their Victorian finery.

He said it showed how quickly something could be thrown together to entertain visitors to the town.

"I kind of see it as something maybe we can really have a template we can throw together in a hurry when we have visitors, a large group, in town that people will come back for.

"Once we’ve got the process in place, it’s not that hard to put together. I think we could do it more that once a year."

It would also begin the trust’s 30 year anniversary celebrations.

More events and activities were being planned for later this year to celebrate the milestone.

He said Oamaru needed to focus on "local tourism", given the coronavirus outbreak and the impact it may have on international tourist numbers.