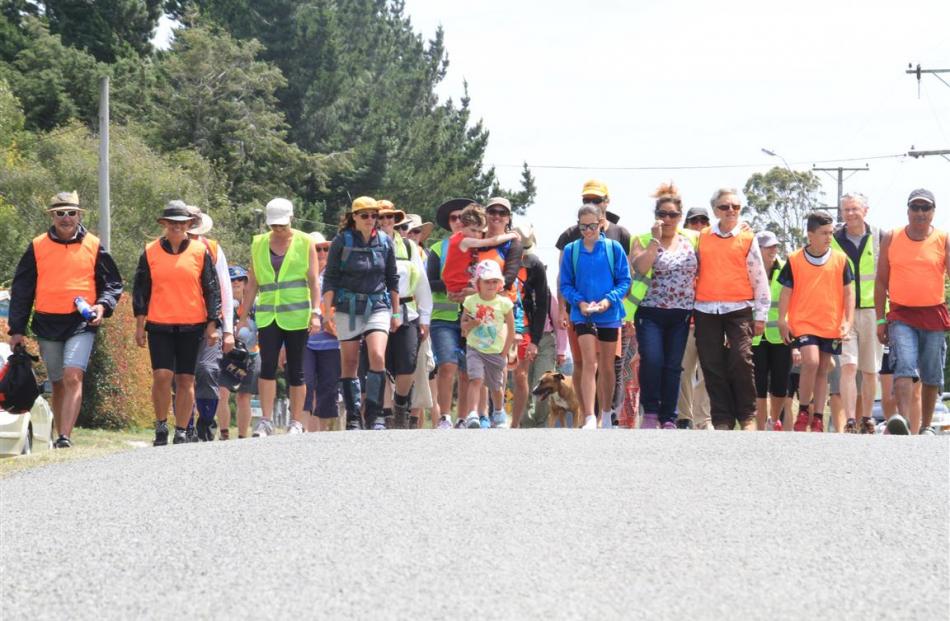 A group of about 40 people walk McPherson Rd, near the Waitaki River, on Thursday as part of a recreation of the walk Te Maiharoa took in 1879 after being evicted from his home at Omarama. Photo by Hamish MacLean. 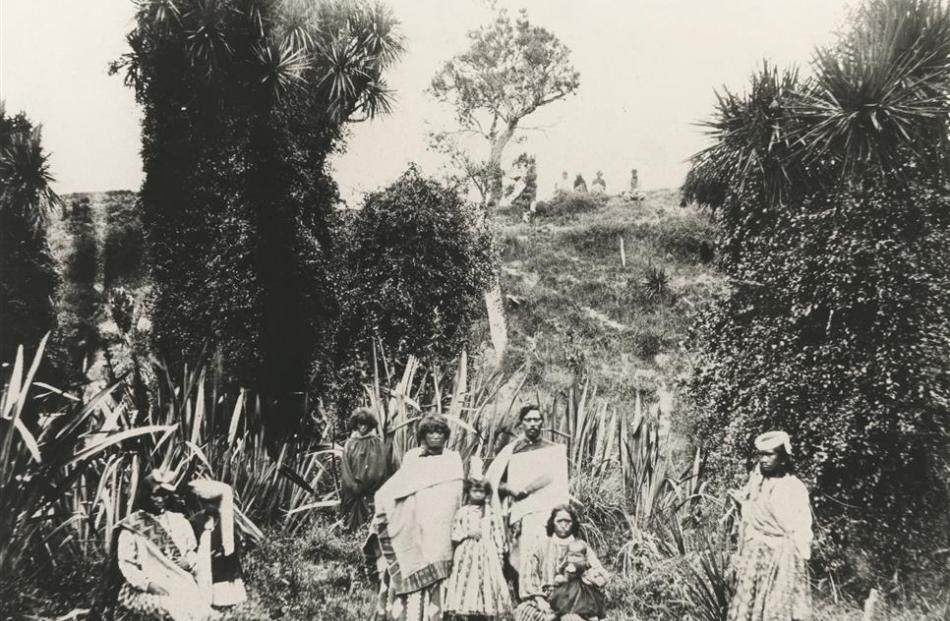 An 1878 photo from the Hocken Collection titled Te Heke (The Migration) to Omarama shows the original group that travelled to the mouth of the Waitaki River. PHOTOS: HOCKEN COLLECTIONS, TE UARE TAOKA O HA-KENA, 88.00343 & HAMISH MACLEAN. 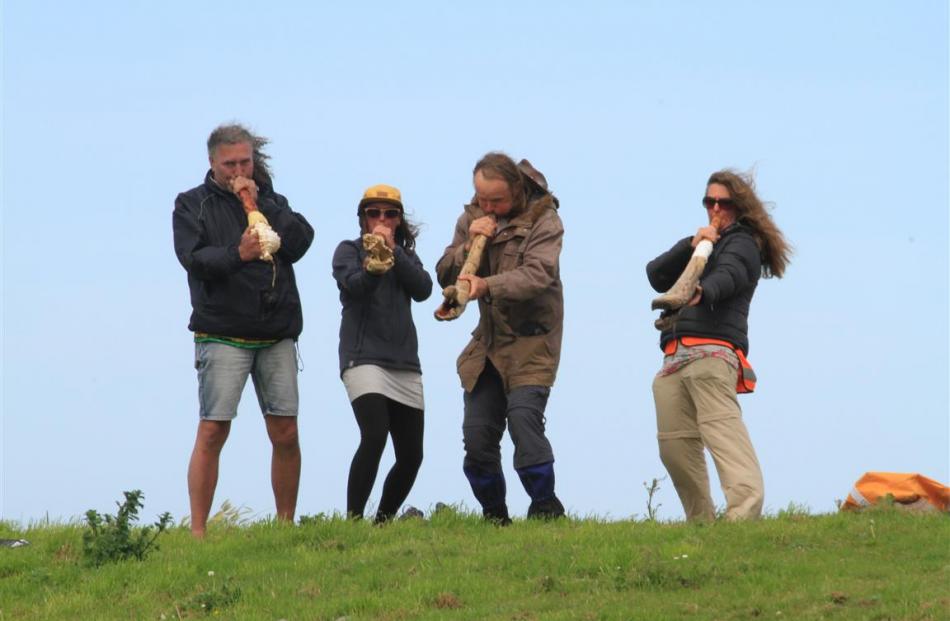 Tracing the footsteps of their forebears, a group of about 40 people walked down the Waitaki Valley over five days this week from Omarama to the mouth of the Waitaki River.

The walk, or te heke, was an act of passive resistance organised by secretary for the Waitaha Trust and lecturer at the University of Otago Kelli Te Maiharoa.

This year's march followed on from a walk up the valley that Ms Te Maiharoa also helped to initiate in December 2012.

The walks honoured the Waitaha prophet Te Maiharoa, who was evicted from his ancestral homelands and had his village at Omarama destroyed by the constabulary in the winter of 1879, she said.

A pacifist, Te Maiharoa walked to set up a new village, or kaik, at the mouth of the Waitaki River.

The walkers, with a support crew of about 10, met on Sunday afternoon on the banks of the Ahuriri River, where Te Maiharoa spent time as a small child with his mother and father and where family members were buried.

Making stops at Otematata, Kurow and Duntroon on the way, the group reached the intersection of McPherson Rd and State Highway 1 just before 3pm on Thursday.

Te Maiharoa's journey began two years before he was evicted from Omarama.

He left Temuka, retreating to the mountains to protect his people and culture from the settlers who were increasingly encroaching on his land, Ms Te Maiharoa said.

His original intent was to go to Wanaka, where he hoped his people could live free from the influence of the settlers, but he stopped in Omarama.

He died in 1886 and was buried at the Waitaha cemetery - now surrounded by farmland - near the end of Kaik Rd, near the mouth of the Waitaki River.

Those who took part in te heke reconvened at the cemetery on Thursday afternoon for a ceremony officiated by Ratana minister Jim Seymour, of Dunsandel.

Te Maiharoa was evicted from Omarama after complaints Maori dogs were attacking sheep. He had been given until December 1879 to leave Omarama, but was warned a police party was building up in Oamaru.

"Te Maiharoa's people understood they had another couple of months. This was like a surprise attack by the government,'' Ms Te Maiharoa said.

Te Maiharoa's people chose to leave in peace but that did not stop the government from burning the village to the ground, Ms Te Maiharoa said.

"The militia, they razed everything. They used a scorched earth policy, which is destroy crops, animals, houses ... ''

Ms Te Maiharoa used the words "aroha'' (love) and "manaaki'' (care and hospitality) to describe what she called "such a successful event''.

"Those of us who did the walk, we were walking not for just our ancestors, but for the whanau that couldn't walk all that way - it was carrying that fire,'' she said.

"It was just profound, uplifting - I guess you could say our spirits were uplifted - and people want to do it again.

"We had a brilliant time; it was life-changing for lots of people.''