WWI relics given to school 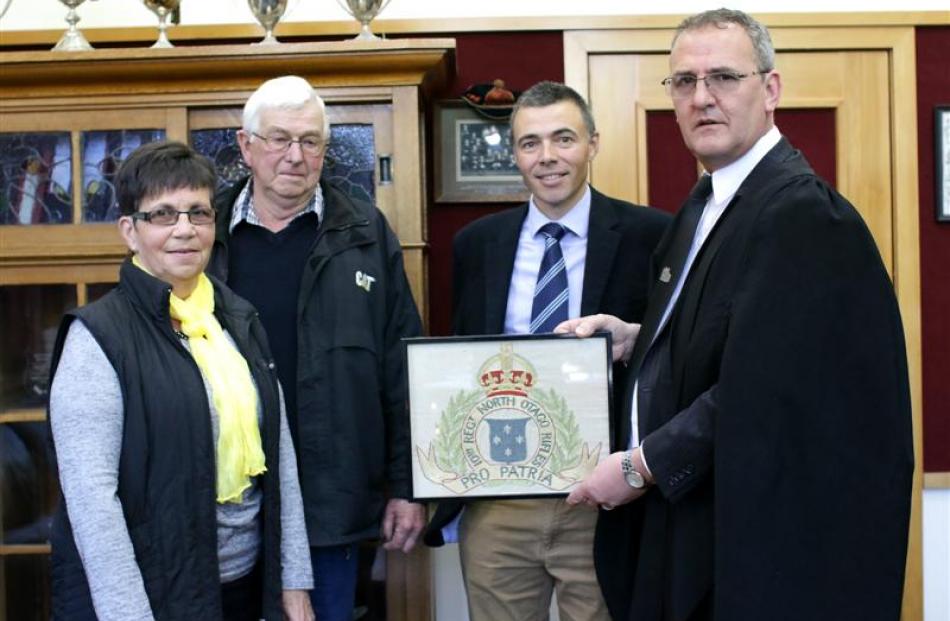 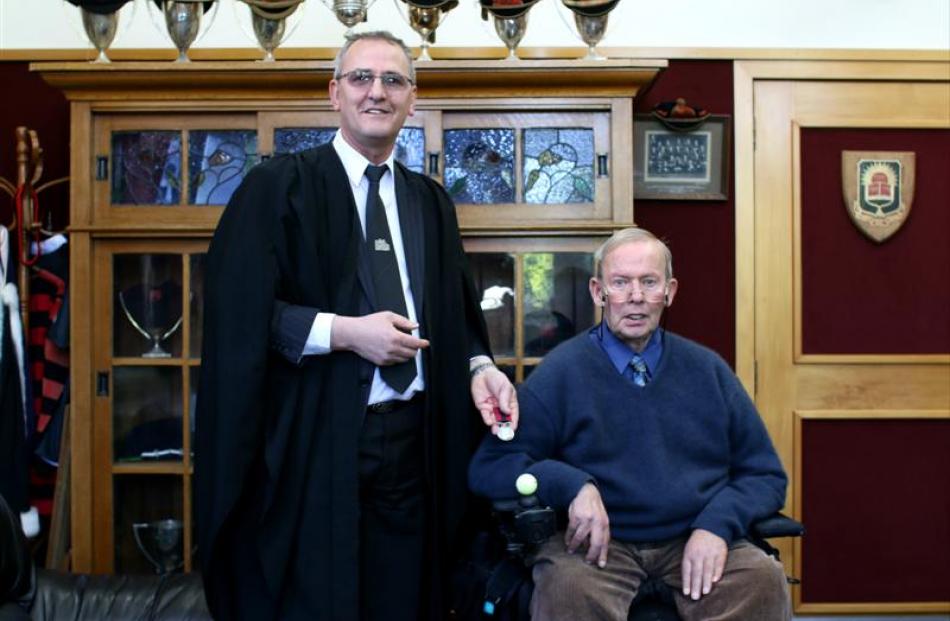 On November 4, 1918, Lance-Corporal Alfred John Randall of the New Zealand Field Engineers carried a ladder 1200 yards through heavy fire, going over into the fortress of Le Quesnoy with the first platoon.

The act that earned him a Distinguished Conduct Medal (DCM) was pivotal in the larger narrative that tells the story of the New Zealanders' last major action in the war and the relatively bloodless capture of the town of Le Quesnoy, in France, in the closing weeks of World War 1.

Yesterday, the 96th anniversary of the battle of Le Quesnoy, LC Randall's DCM was presented to Waitaki Boys' High School by Oamaru historian Lindsay Malcolm and his family.

At the special assembly yesterday, there was also another presentation - the Manson family presented the school with a 10th Regiment North Otago Rifles Crest, embroidered by David John Manson while he was serving in the trenches on the Western Front.

''I would expect that in 100 years' time this will be the story of the New Zealand division that will survive,'' he said.

LC Randall has no connection to Waitaki Boys' High School but Mr Malcolm said it was an appropriate place to display the medal.

There is, however, a local connection in that the platoon that went over the ladder into Le Quesnoy was originally commanded by Lieutenant George Malcolm, Mr Malcolm's uncle.

After an address about the Commonwealth War Graves by Waitaki Boys' old boy Ken McLeod, and an item by the school choir, the assembly heard the story of the embroidery presented yesterday.

Pt Manson, originally of Windsor, was wounded on October 12, 1917, and, unable to fight, was encouraged to start embroidery - something to occupy the mind and hands.

''He had a goal, he had a mission in life to complete this. He was very badly wounded, but he put years of work into this so he could hang it prominently on the wall in his home,'' rector Paul Jackson said.

More than 260 Waitaki Boys' High School pupils lost their lives serving in World Wars 1 and 2, and the Hall of Memories is a memorial to them.

Mr Jackson said he was ''very, very honoured'' to accept the crest, the DCM and a print of the Ladder Party entering Le Quesnoy on behalf of the school yesterday.

The items will be displayed in the Hall of Memories.