Aerobatics ace to star at airshow 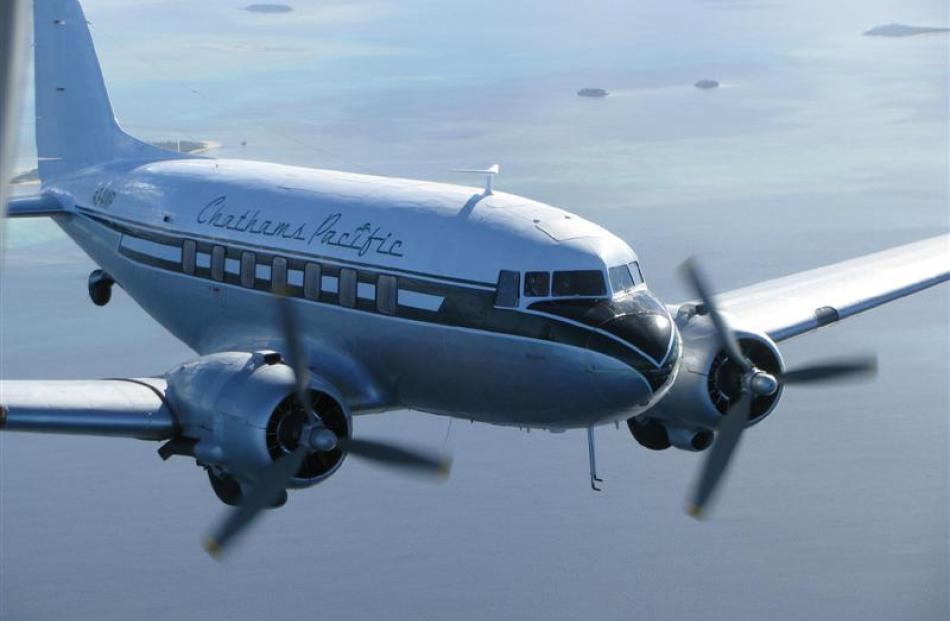 This DC-3, which will appear at Warbirds Over Wanaka this year, is the only surviving RNZAF World War 2 aircraft still operating today in commercial service. 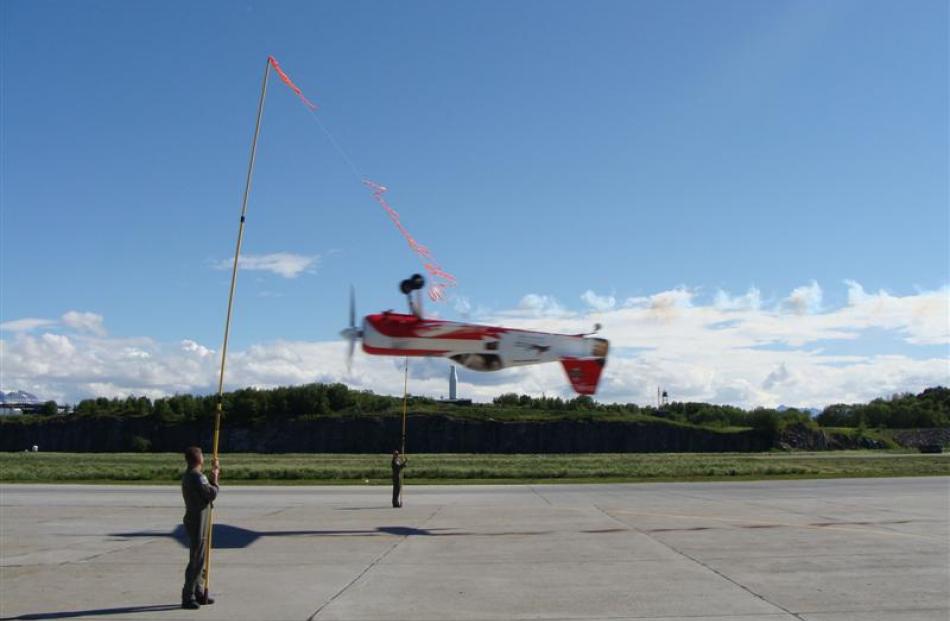 Aerobatic pilot Jurgis Kairys shows off one of his daring moves. 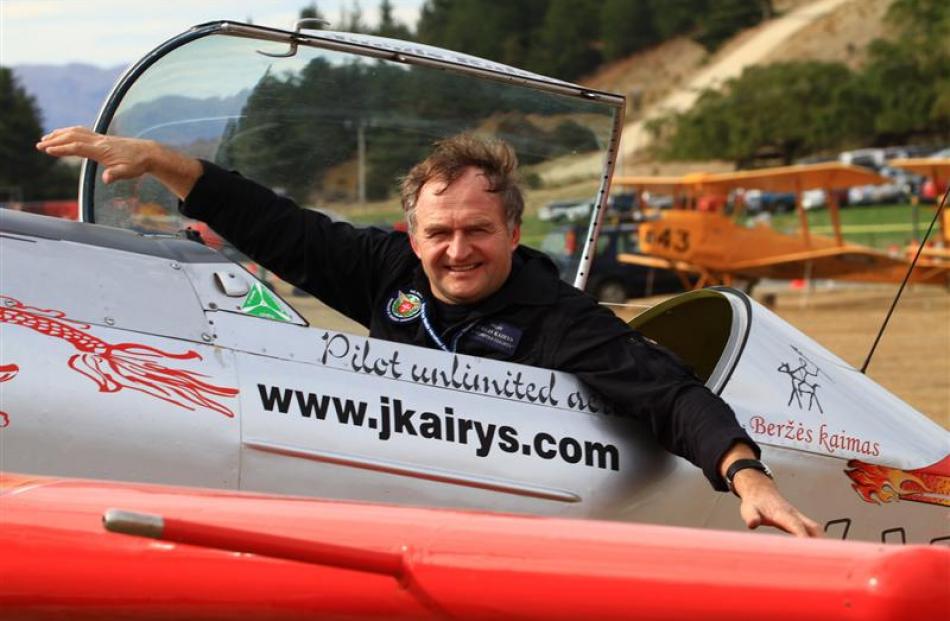 Mr Kairys, one of the world's most innovative aerobatic pilots, will perform at the Warbirds Over Wanaka International Airshow. Photos supplied.

Spectators at the Warbirds Over Wanaka International Airshow at Easter are likely to see a plane being flown like a helicopter.

The manoeuvre was invented by Lithuanian aerobatics ace Jurgis Kairys (61), and show organisers confirmed yesterday he would perform it at the show in his Sukhoi 29 plane.

Airshow event manager Mandy Deans said Mr Kairys was regarded as one of the world's most innovative aerobatic pilots.

''We are privileged to have Jurgis back in New Zealand.''

He performed at the Wanaka airshow in 2010.

In a press release, Mr Kairys said he was ''full of power and ready to fly''.

He will perform on all three days of the show, beginning on April 18.

Airshow patrons will also have the chance to ride in one of the workhorses of New Zealand aviation.

The 69-year-old DC-3 ZK-AWP is the only surviving RNZAF World War 2 aircraft still operating in a frontline service.

The plane was built in 1945 in Oklahoma City, in the United States, and flown to Hamilton to become RNZAF Dakota NZ3543 assigned to 41 Squadron RNZAF.

It remained in the military until 1952, when it was handed over to the National Airways Corporation.

The plane was used to carry passengers in Samoa until 1973, when it was converted into a top-dresser.

In the mid 1980s, it was converted to carry air freight and in 2000, after clocking up 46,000 flying hours, Pionair Adventures Ltd began using it for passenger charter work.

In June 2002 it was badly damaged when it skidded off the runway at Glentanner Station, near Mt Cook, and crashed into thick snow.

After being repaired, it began work in Tonga and apart from three years spent in storage after the 2006 riot in the Tongan capital of Nuku'Alofa, it continued carrying passengers in the islands until March 2013.

It is now based in Auckland.