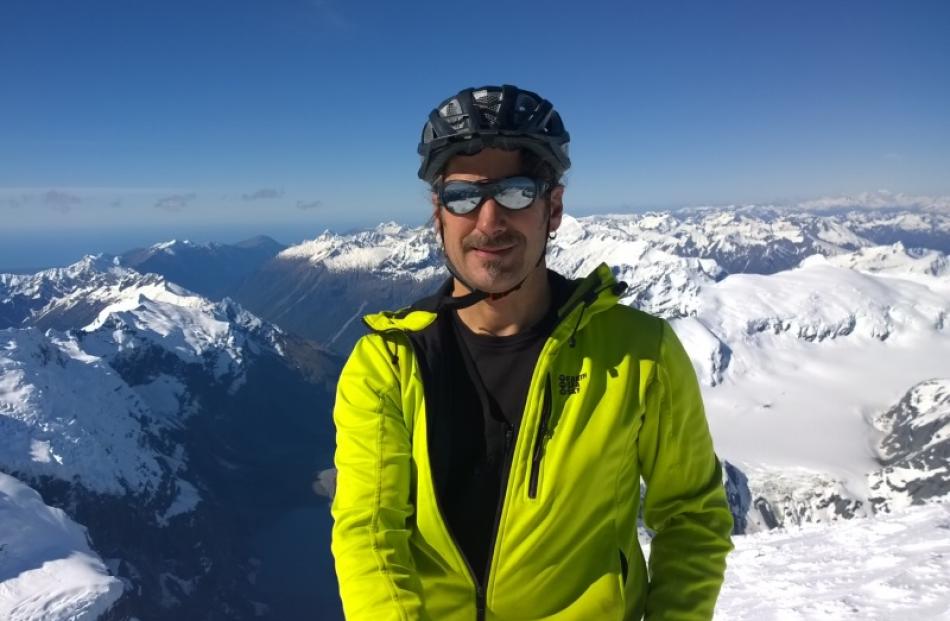 Erik Bradshaw on the summit of Mt Aspiring on Wednesday. Photo supplied.

Climbing Mt Aspiring every year around his birthday is Erik Bradshaw's way of rebelling against the passing of time.

The Queenstown-based adventurer scaled the 3033m ''Matterhorn of the South'' in 16 hours on Wednesday - his third ascent in the past four years.

The 48-year-old, the first person to ski the length of the Southern Alps, says the annual climb has become something of a ritual. It was also his ''act of rebellion against how society views getting old''.

He was irritated when friends of the same age talked about their bodies declining, as it was a ''self-fulfilling prophecy''.

''The thing about the human body is if you use it, it becomes stronger and lives up to what you expect of it.

Bradshaw hit the headlines in 2011 after a nearly three-month, 850km solo journey from St Arnaud to Fiordland. It was the second winter traverse of the South Island's spine.

He has climbed or ski-toured extensively in North and South America, the Antarctic, Europe and the Himalayas.

Although he first scaled Mt Aspiring when he was 13 or 14, he did not return for more than 30 years.

After dangerous snow conditions forced him to abort an attempt in 2012, he decided to return every year on his birthday, but with an extra degree of difficulty.

He has now made three successful one-day climbs, something he believes only three others have achieved. His second ascent in 2013, in a bit over 14 hours, was ''without doubt'' the quickest ever.

Bradshaw said the time around his birthday on October 31 was ideal for climbing Mt Aspiring, but he had yet to scale it on the day itself because of bad weather or, in the case of this year, a bad cold.

His goal was to keep climbing the mountain every year until he was 65.

''That is a pretty ambitious statement to make, but hopefully, it inspires others to think you can keep doing these things.''