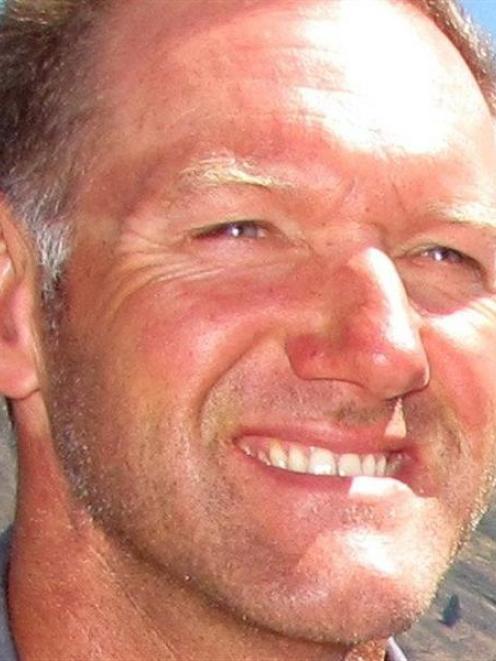 Roger North.
Disappointed Wanaka bar operators have been given a resounding ''no'' to requests for special liquor licences at Easter, leaving a 50,000-strong Warbirds Over Wanaka airshow crowd with nowhere to drink in the resort unless they are dining.

The Queenstown Lakes District Licensing Committee refused special licence applications for Good Friday and Easter Sunday from eight Wanaka bars and one Queenstown bar at hearings in Frankton on Monday and Wanaka yesterday.

The applications had been opposed by Public Health South medical officer of health Dr Derek Bell and Sergeant Linda Stevens, of Queenstown police, who said despite claims to the contrary, the bars were essentially proposing ''business as usual'', not genuine events as required for special licences under the Sale and Supply of Alcohol Act 2012.

Kai Whakapai Cafe and Bar co-owner Roger North, who had applied for a special licence revolving around 20th anniversary celebrations of his business, said the process had been onerous and intimidating for what he considered a small application for something minor on two days of the year.

''It certainly won't be worth applying in the future and feeling like a defendant in a courtroom.''

''I don't see there's any point ... [New Zealand's new alcohol legislation] put a lot more power in the local territories to control their own liquor licensing area, which gave us a wee bit of hope that they might have looked at understanding what was going to happen around the place [events], but once again ... there was no change.''

While Bullock Bar and Luggate Hotel co-owner Sean Colbourne was also disappointed by the refusal, he did not feel ''victimised'', since the same ruling had applied ''across the board''.

He remained hopeful of future changes to Easter trading restrictions in Wanaka.

Warbirds provided an opportunity for bars to ''showcase'' Wanaka as an attractive tourist destination to the thousands of visitors in the area.

However, because people wanting a night out would be denied that option and restaurants allowed to trade would struggle to cope with the huge numbers, visitors were likely to form a negative opinion of their time in Wanaka, Mr Wild said.

It seemed inconsistent that Post Office Lane bars Woody's and Barluga had been granted special licences during the 2012 Warbirds, when there was ''substantially less'' entertainment than the three-day ticketed music event proposed this Easter, he added.

However, licensing committee chairman and retired district court judge Bill Unwin noted at yesterday's hearing that was before the new alcohol Act came into effect.

''We appear to have been asked to ignore the law,'' Mr Unwin said in summing up the applications.

''If the Act is going to be ignored on a wholesale basis, then it loses its integrity, it loses its respect and there's not much point in having an Act.''

Wanaka bars had tried to ''dress up'' their applications as separate events to cater for the large Warbirds crowd, yet in reality, there would be ''no significant differences'' in the food, drinks, ambience and music provided at those events compared with regular trading days.

Evidence for that could be found in the ''dulling sameness'' of the applications, the intention to trade for a large part of the prohibited days rather than a ''gentle intrusion'', the lack of significant entry fees for the bars' proposed events and the fact licensees had made no attempts to co-ordinate with Warbirds' organisers.

Bar operators had two years between each airshow to plan a complementary event and Mr Unwin hoped for a ''much more significant form of co-operation so there will be an event within the event'' in future.

The only special licence approved during the hearings was an extension to LaLaLand Wanaka's usual trading hours on Easter Monday to host a function for the resort's hospitality workers. However, strict conditions included a one-hour extension instead of the 2.5 hours applied for.