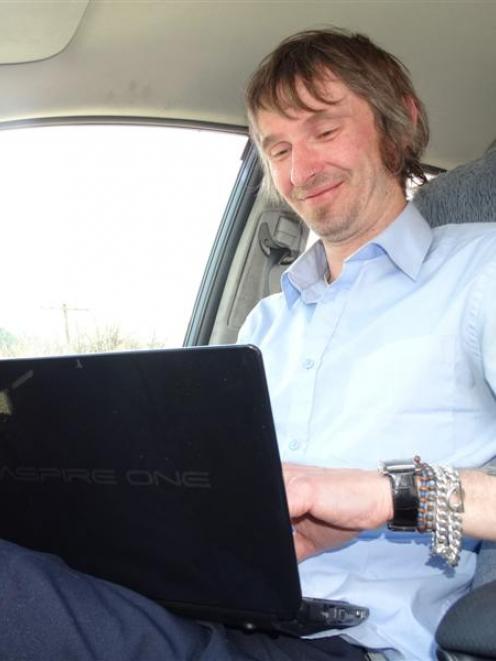 Whitfield is the guy you might have seen shutting his notebook PC as you got into his taxi.

That is because he was tapping away on a novel.

His first, Post Apocalyptus, went on sale as an e-book on Amazon a couple of months ago.

Four years in the making, much of it was written in his taxi while he was waiting for fares - particularly during the resort's quieter shoulder seasons.

He described it as a dystopian story with ''hints of Mad Max''. The story, set in the resort in 2047, pits his hero against its ''tyrannical elite''.

''It's society surviving in adversity after the world's gone pear-shaped.''

Although sales, at $US5 ($NZ7.97) each, are running in the dozens rather than the hundreds at the moment, he hopes to grow his readership and ''make a career out of it''.

The Yorkshireman visited Queenstown as a backpacker a decade ago, fell in love with the place and stayed.

After working a variety of jobs, he settled on taxi driving six years ago.

Writing is not his only pastime between fares. He often brings his guitar and strums away to the radio.

He was not the only driver who made creative use of his down time, he said.

One could often be seen playing the recorder while waiting at the resort's taxi ranks, while another practised his bass guitar.

His passengers were another source of inspiration.

''I've met a lot of really strange and random people in this job - many interesting characters from every walk of life - and I always ask them what they're doing.

''Some of it must've seeped into my consciousness.''

His second book is already under way: a ''historical adventure'' set in the Viking era.