Getting the show off the ground 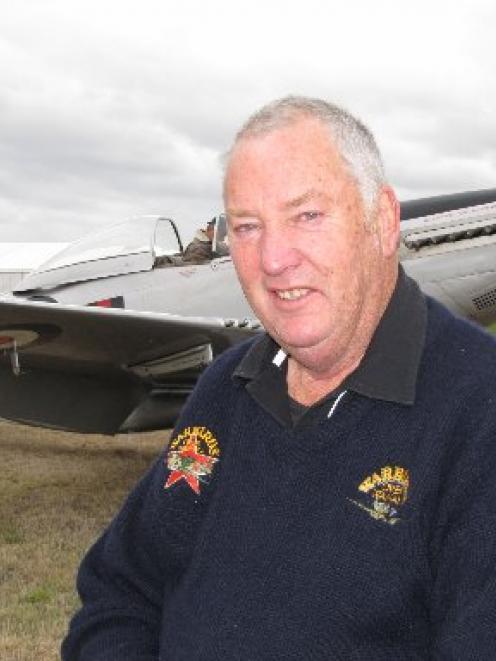 Rabbit holes are a rarity at Wanaka Airport now, but they remain as one of the few unfavourable memories Bill Gordon (64), of Omarama, has of his 27 years volunteering for the Warbirds Over Wanaka International Airshow.

Mr Gordon was one of a couple of dozen volunteers who helped airshow founder Sir Tim Wallis get the first show off the ground in 1988.

In an interview with the Otago Daily Times this week, Mr Gordon recalled how he dropped in at the airport in 1988 to see what progress was being made in preparation for the first airshow and was soon ''pitching in'' himself.

''In the earlier years, a team of us took about three weeks to put everything in place. Experience made us quicker, but we still had to continually rethink the way we did things to cope with the increasing crowds.''

''It was quite a challenge sorting all that for the first few shows because just more and more people came each time. We just had to pitch in to anything.''

As a way of summing up how things got done quickly and without fuss, he recalls with a laugh a quote from Sir Tim: ''Bugger the boxing. Let's pour the concrete.''

''I remember [volunteer] John Cross radioing for assistance. I found him throwing pine cones at some free-loader spectators up a tree on the roadside and advising them if they didn't come down and pay the entry fee for their entertainment we would come up and get them.''

Mr Gordon also recalled the many war veterans who attended the early shows and how emotional it was for them to be reunited with the aircraft they flew during World War 2.

Mr Gordon, son of one-time Minister of Civil Aviation Peter (J. B.) Gordon, has never held a pilot's licence, has never flown in any of the vintage aircraft and struggles to explain his continued close involvement with the aviation industry.

''I'm quite happy to see them from the ground. It's nice to be part of something that lets other people enjoy them.''

While the Mustang is the aircraft he most enjoys seeing, his preference always is for aircraft that had not been at the show before.

''That's what we have to keep doing to keep evolving.''

Because it was ''hugely expensive'' to bring aircraft from overseas, he believed there was much potential in attracting scaled-down versions of famous aircraft.

Mr Gordon is a member of the Warbirds Over Wanaka Community Trust Board and is also chairman of Omarama Airfield Ltd, New Zealand's foremost centre for gliding.

Pupils of the Hawea Flat Primary School had a surprise visit for lunch on Thursday. A New Zealand Air Force Iroquois dropped on to the school's playground allowing the children to ask questions of the crew and try out the helicopter's seats for size.

The Iroquois is part of the Air Force contingent at the Warbirds Over Wanaka International Airshow.