Hawea history goes up in flames 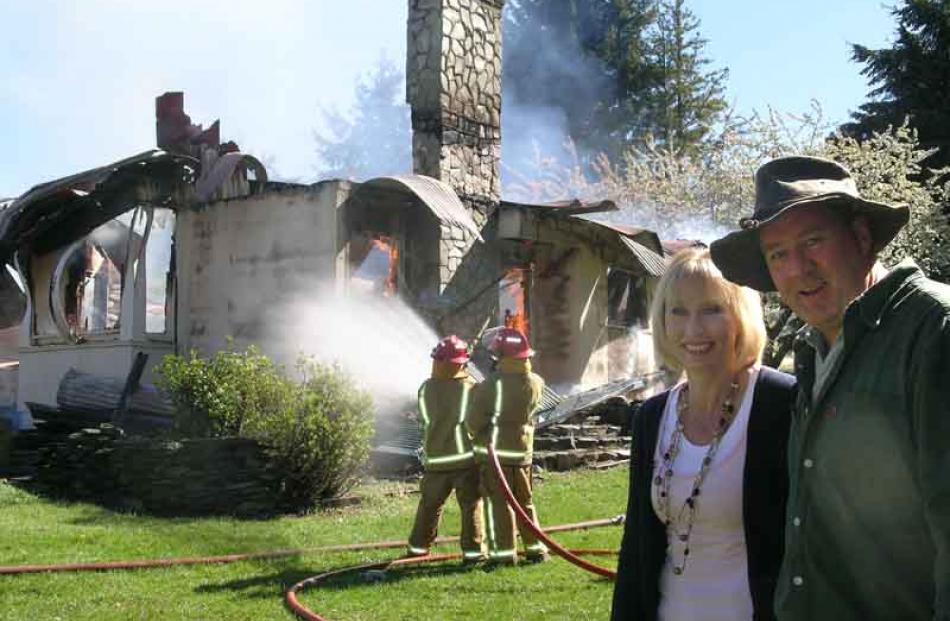 House owners Trevor and Kerry Cockburn intend to replace the burned-down homestead (circa 1910) near Lake Hawea with a new "eco house" on the same site. Photo by Marjorie Cook 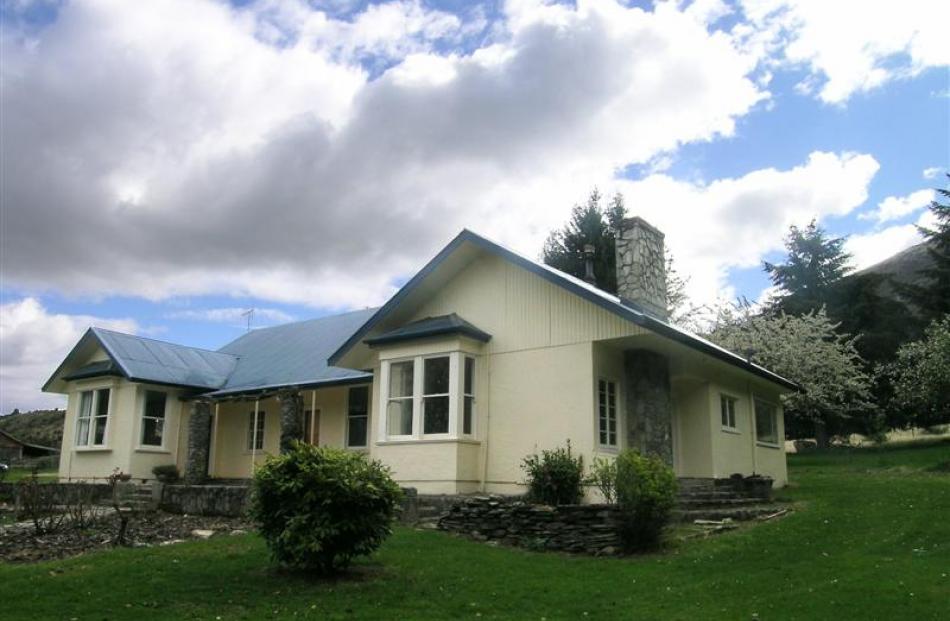 The house as it was on Friday. Photo by Marjorie Cook.

A piece of Lake Hawea farming history went up in flames on Saturday when three Upper Clutha volunteer fire brigades burned down a 99-year-old house as a training exercise.

The former homestead on State Highway 6, now owned by former Dunedin couple Trevor and Kerry Cockburn, is believed to have been built about 1910 by the Gawn family, who were farmers.

It was more recently owned by farmers Alan and Agnes Gray, who named the property Grayburn.

The Cockburns bought the house and 20ha of farmland from Mrs Gray, who is now a widow and lives in Albert Town.

The Cockburns had initially hoped to restore the weatherboard and roughcast cottage.

However, parts of the building were rotten and further damage had been caused by burst pipes and flooding during the winter.

The Cockburns decided to give the house to the Lake Hawea Volunteer Fire Brigade for demolition and intend to build a "eco-friendly house" on the site of the old homestead, in a manner sympathetic to the period of the original homestead and site.

The couple are keen to preserve the rose garden and stone steps in front of the old house and also want to restore the former lawn tennis court, which has become overgrown.

"It is just a way to show respect to the past," Mr Cockburn said.

He recently retired from his job as manager at Placemakers Dunedin and the couple are living in a caravan on site while they plan their new project.

The house would be fully insulated and have solar and geothermal heating.

The geothermal heating is obtained by digging into the ground and installing a system to pipe the ground heat into the home, keeping it at an temperature of about 20degC, he said.

The exercise took about eight hours and was conducted in warm, sunny, calm conditions.

Each room was set alight separately and then extinguished, before the fire was allowed to spread to the entire structure.

He said several houses had recently been demolished or badly damaged by fires in the Upper Clutha district.

The house provided an important firefighting training tool and was appreciated because such opportunities were rare, he said.

More than 100,000 litres of water were brought to the site during the exercise and most of it was used, Mr Brenssell said.

The exercise attracted about 70 visitors.