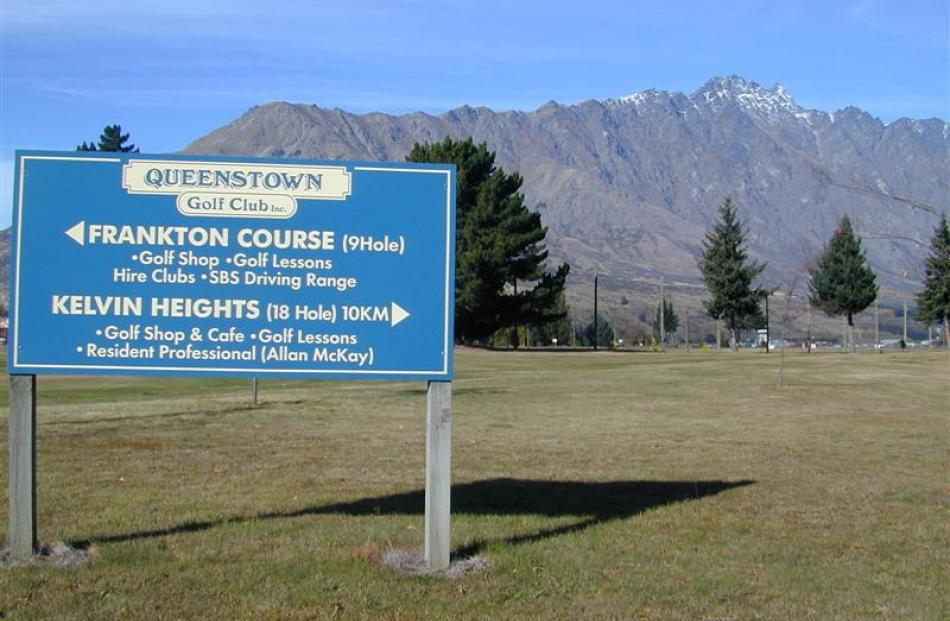 Three landowners have expressed interest in developing a nine-hole community golf course "in proximity to Frankton", given the limited lifespan of the Frankton golf course.

The Queenstown Lakes District Council in October acknowledged the course's "finite life" because of competing land requirements, but resolved it should continue to be used for golf until the land was needed.

It formed a working group comprising representatives of the QLDC, Lakes Leisure, the Queenstown Golf Club and Cr Russell Mawhinney to find the preferred means and structure to operate the course in the meantime. The council will work with the club to find replacement sites.

A report from community services general manager Paul Wilson to tomorrow's full QLDC meeting said each of the three parties had been asked to prepare a course proposal.

Each proposal would include "the nature of the course proposed, timing, likely cost and how the course development would be funded".

The information would be assessed by the working party, which would report back to the council with a recommendation.

Mr Wilson's report indicates a common timetable between the proposals. Location and terms and conditions are likely to be decided later this year, or next. Course development would likely take place between 2013 and 2015 and relocation in 2015 would coincide with the start of two years of sports field development at the present course.

The working party has investigated options for the course between expiry of the lease on June 30 and a likely relocation date of 2015. It is to make a recommendation to be the council next month.

The options include the council offering the club a new lease to operate the course until June 30, 2015, or acquiring the assets from the club and operating the course through Lakes Leisure.