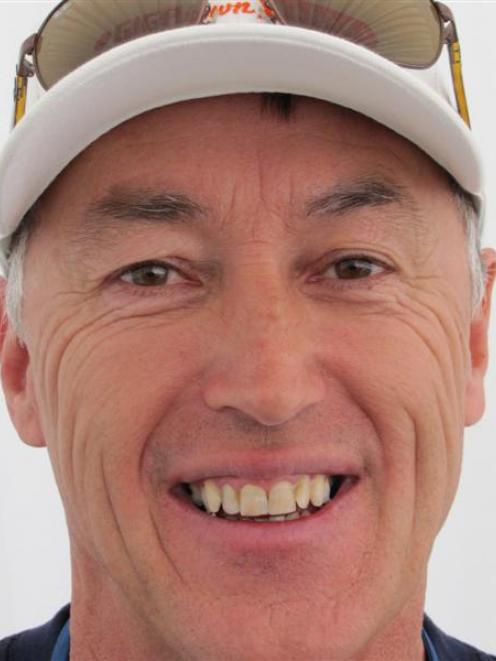 He is the only New Zealander to have competed at Reno, Nevada - the home of what is described as the fastest form of motor-racing in the world.

He and five other pilots raced head-to-head in jets at the Wanaka Warbirds International Airshow over the weekend.

''And we'll be back bigger and better than ever.

''This is just step one,'' he told the Otago Daily Times.

Born in Christchurch and resident in Australia, Kokshoorn is in the process of building a house near Wanaka Airport, complete with hangar, and plans to bring to New Zealand his Aero L-29, Rolls Royce Viper-powered, jet-racing aircraft.

While the average speed during the three races at Wanaka was 635kmh, his Viper is capable of an average lap speed of 865kmh - probably unrealistic for the tight 11km Wanaka course.

Kokshoorn said the Viper was even too fast to be raced at Reno, where a speed limit of 828kmh for jet-racers had been set by the Reno Air Race Association.

The issue is how much empty ''scatter radius'' there is around the aerial race course for pieces of aircraft to land in the event of a mid-air collision.

Kokshoorn assured the ODT the prospect of being part of that flying debris was far from his mind as he settled into the cockpit of his jet before each race.

''You put all that stuff to one side of your mind and just focus on the stuff you need to do when you are racing.

A one-time water skier at Sea World who left New Zealand 22 years ago, Kokshoorn funds his jet-racing ''addiction'' with his industrial and commercial building business in Queensland.

The pilot first went to ''pylon school'' in Reno in 2009 and initially was not sure he would be capable of the sort of flying required for jet-racing.

Racing at over 800kmh was a ''completely different kettle of fish'', he said.

''Those pylons are really coming at you.''

Kokshoorn has holidayed in Wanaka for many years and it was partly through that connection jet-racing has become part of the Warbirds show.

The three-race series between ''Team New Zealand'' and ''Team Reno'' was won by New Zealand, which had use of the three faster planes.