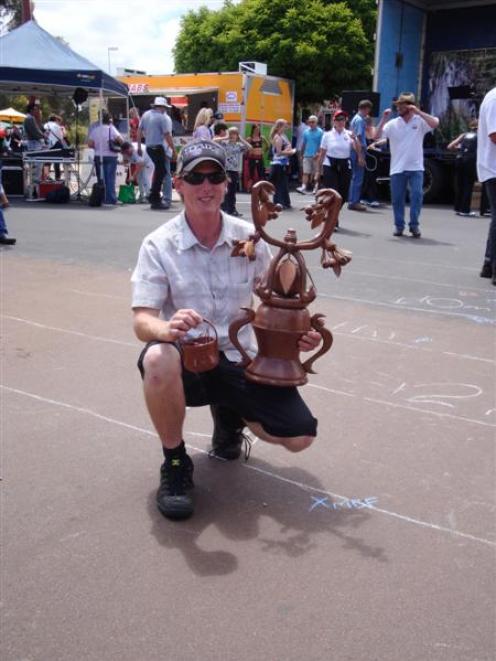 Mr Bassett (27) recorded his winning distance on his first spit, when he led off a final field of 12 other regional pip-spitters from around Oceania.

His opening effort landed past the outermost 13m recording mark and forced organisers to bring out the measuring tape to confirm what proved to be the championship-winning distance.

"They made the Kiwi go first and I silenced the crowd," he said.

Mr Bassett's Australasian stone-spitting title comes hot on the heels of his New Zealand championship-winning performance, in Cromwell, two weeks ago, where he set a new national record on his first spit (11.42m).

"I had no expectations at all, but was able to perform on the day. I just wanted to win for my country," he told the Otago Daily Times from Western Australia, yesterday.

Between 60 and 70 competitors entered in the annual cherry stone spitting championships, held at Manjimup's Cherry Harmony Festival, about 304km south of Perth, on Saturday.

The second placed stone spit distance on the day was 11.7m.

Mr Bassett won a trip to Perth to compete in the Australasian contest after his Cromwell win.

He had won "a massive cup - plus the glory and the title. I did a haka afterwards," he said.