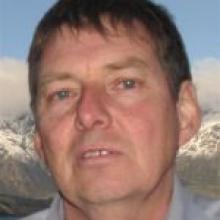 Further development had been proposed for the area, and the council was in the best position to co-ordinate the servicing of the area on behalf of all developers.

Some of the works had already begun, and others were to start before the plan was completed, Mr Essenberg said.

"The existing resa project incorporated a proposed 300mm diameter stormwater pipe that took runoff from the eastern end of the runway and discharged it on to the Shotover Delta.

"Preliminary calculations have shown that this stormwater pipe will ultimately have to be a 750mm diameter pipe to cater for a 100-year return event, when Frankton Flats is fully developed.

"It makes sense, from both engineering and financial perspectives, to install a single final pipe for the 100-year return period design."

Mr Essenberg said the pipe had to cross the disposal field of the future Project Shotover and discharge into the Shotover River through the future stop-bank.

A new resource consent would be required for the discharge.

"Minor" design changes would also be required to the resa project to incorporate the changes.

Remarkables Park Ltd/Shotover Park Ltd had proposed to fund the difference between the two pipe sizes, expected to cost about $150,000, and arrange for the pipe to be installed as part of the resa development, he said.

The payment would be made directly to contractor Fulton Hogan, with the cost to be deducted from the company's stormwater development contributions.

"As part of Project Shotover, the outlet to the river would be completed in conjunction with the disposal field. This is an addition to this project.

"In the interim, the amount of flow into the pipe would be limited to the equivalent of a 300mm diameter pipe.

"There is some urgency to progressing this project as the new 300mm pipe is ready to be installed and the existing soakage pit is required to be removed as part of the resa project."

The council voted to ask QAC to incorporate the revised pipe size, with RPL/SPL meeting the additional costs of the work.