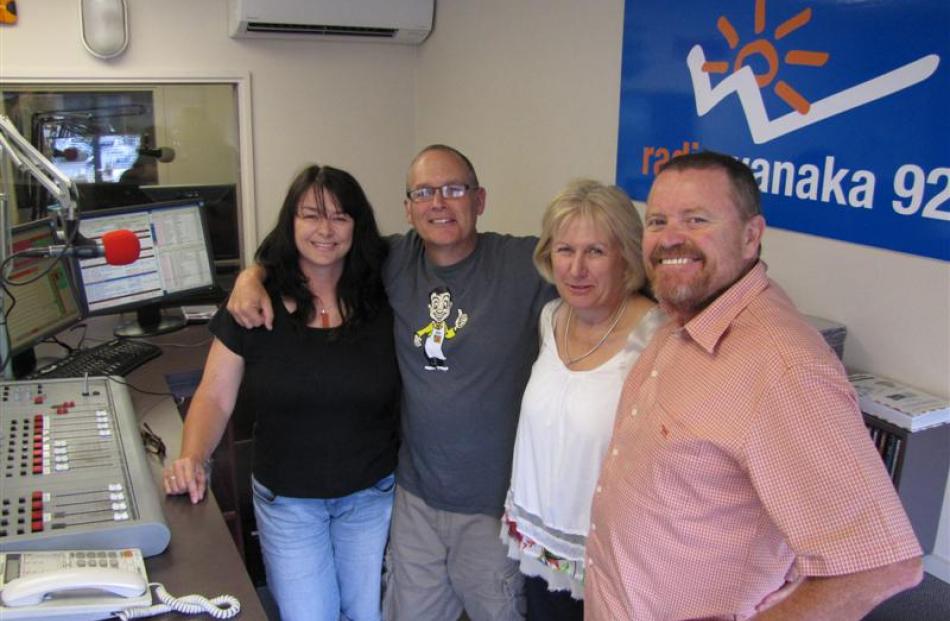 New Bevan St residents Jacque and Mike Regal say their neighbours gave them the "warmest welcome yet" to Wanaka at 4.30am Thursday as they stood shaking hands in the street in their underwear, while fire raged around them.

The former Auckland couple moved into their new house with their son Daniel (11) about three weeks ago and were among the dozens of residents who fled their homes during Thursday morning's Mt Iron vegetation fire.

Like many people, they faced the dilemma of whether they had time to collect any possessions, and if so, what to take.

While Mr Regal grabbed his computer hard-drive, Daniel found his skateboard and Mrs Regal snatched up her university projects on landscape design.

The Regals take over Radio Wanaka on February 1 from long-time friends and former radio colleagues, Ed and Kim Taylor, who have owned the business for nine years.

Despite Thursday morning's drama, they are enjoying settling into their "dream jobs" in Wanaka after many years working for radio corporates in Auckland.

The couple had held an urge to leave the corporate world for some time and were thrilled when the Taylors "passed the baton" to them.

"There comes a time when you want to spend more time on your mountain bike than stuck in traffic, to hear birds in the morning instead of cars . . . You could spend your whole life wondering about it or pack up and give it a go," Mrs Regal said.

The Taylors took over Radio Wanaka from founders Wayne and Jan Johnston in 2003.

Mr Regal, who was raised and educated in Auckland, credits Mr Johnston for helping him get started in radio by offering him a job at the former 4XO (now More FM) in Dunedin in 1983.

Mr Regal returned to Auckland in 1985 to continue his career as an on-air host and programmer and for the last 12 years has been the Radio Hauraki network programming manager.

He also helped found the "baby-boomer" Coast Radio station in 2004.

Mrs Regal has worked for 18 years as a radio breakfast host, 14 of theM for Classic Hits in Auckland. Last year, she studied for a certificate in landscape design and the passionate gardener is looking forward to transforming her undeveloped Bevan St section.

"This is the first time I will have been back on air in 22 years. My background is in programming, looking after music, talent and sales," Mr Regal said.

The couple do not plan any changes at the station. While the Taylors are leaving, their eight employees retain their jobs.

Before moving to Wanaka, Mr Taylor was the former general manager IRN News for the Radio Network and Mrs Taylor worked as a registered nurse.

Mr Taylor will continue working on air and in sales for three months. Mrs Taylor, Radio Wanaka's business, office and accounts manager, finishes on January 21. She will continue her part-time role with the Automobile Association, as well as volunteering for community organisations.

The couple are also exploring other business and work opportunities in Wanaka.

The Taylors said they were proud of their achievements at Radio Wanaka. They moved from a small office behind a mechanic's workshop in 2003 to spacious new studios in Rees Cres in 2005 and last year founded the Wanaka Live website.

Owning one of just a handful of independent stations in New Zealand had been a huge learning curve, Mr Taylor said.