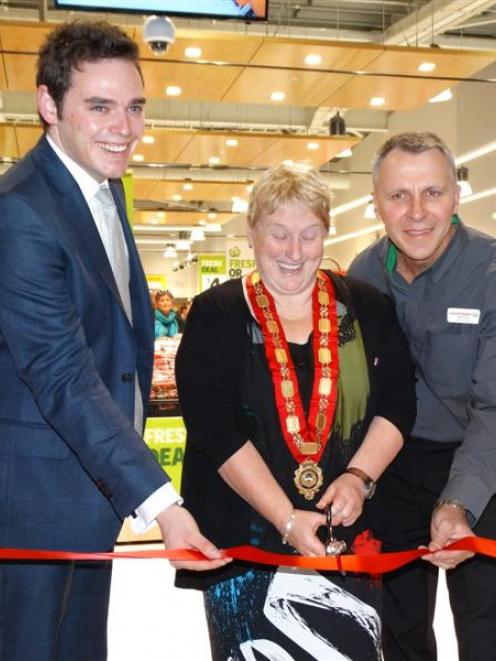 Speaking at the opening of the 4200sq m Countdown in Frankton yesterday, the Auckland developer said the company had the courage to raise finance for the project after banks stopped lending in the wake of the global financial crisis six years ago.

The supermarket is the first store to open in the first stage of a $125million project, which continues to take shape on a 7.8ha site near Queenstown Airport formerly known as Hendo's Hole.

Mr Gapes said there were many times in the past few years when he doubted the project would proceed, including a relationship with contractor Naylor Love that had ''had its challenges''.

The Queenstown Lakes District Council's urban design process had also been ''testing'', but the result was an excellent final product.

The other businesses in the $80million first stage - Rebel Sport, Briscoes, Dick Smith Electronics, Number One Shoes and Warehouse Stationery - would open in the next fortnight.

Tenants for stage two would soon be announced, and construction would begin in February or March with an expected completion by Christmas next year, he said.

The supermarket would clearly be a good place to work because several employers had told him Progressive had ''poached their staff'', Mr Barclay said.

After an official opening ceremony that included a powhiri and kapa haka performance, the first customers into the store were Queenstown men David Mooney, Matt Harris and Adam Brinkley.

Mr Mooney said the trio worked across the road and wanted to be among the first to check it out.