New ways to puzzle the punters 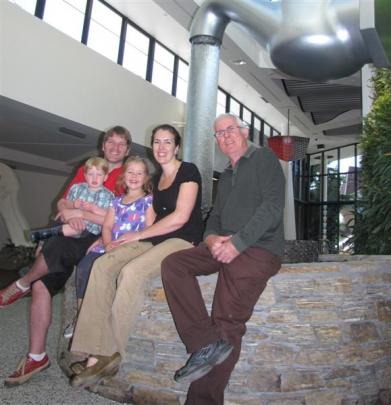 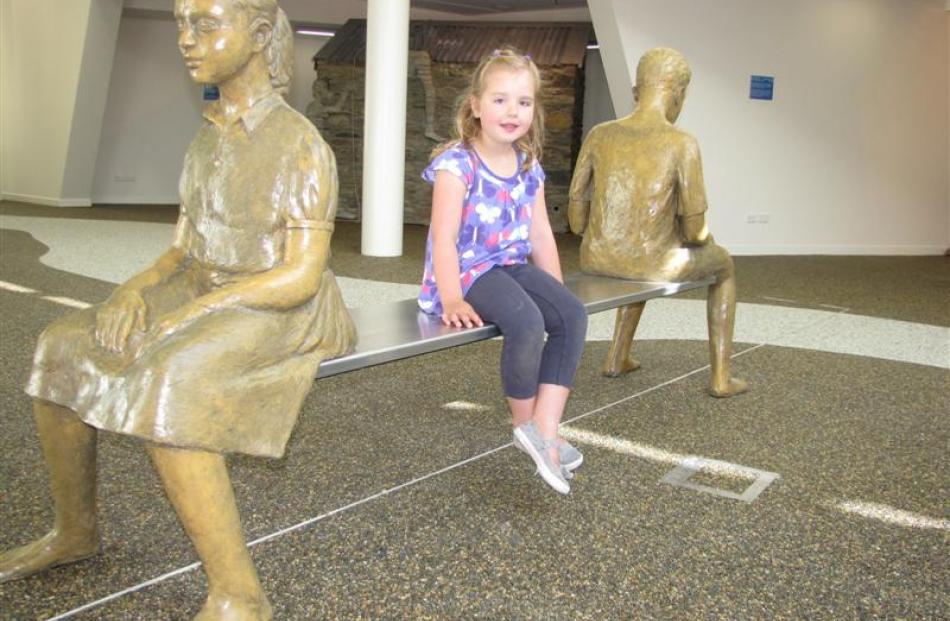 Jemma Spear tries out the ''Impossible Bench Seat'' sculpture, made by Derek Ball, of Ruby Bay.

Puzzling World creator Stuart Landsborough was the first customer through the doors when the new multimillion-dollar illusion room at the Wanaka tourist attraction opened at 8.30am yesterday.

Although long since retired from the business, Mr Landsborough gave its latest addition - which he toured with two grandchildren - a big thumbs-up, declaring the finished project a ''magnificent'' result.

The 530sq m illusionary sculpture room has been developed by Mr Landsborough's daughter Heidi, who is Puzzling World's general manager and her husband Duncan Spear, who is operations manager.

Yesterday's opening, while a week behind schedule, was the culmination of months of labour and cost more than $2.5 million, including associated work such as increasing parking and upgrading stormwater and sewerage systems, Mr Spear said.

A waterfall flowing from a huge tap suspended in mid-air, a floating garden seat and ''wave stairs'' are among the many puzzling pieces for visitors to muse over, while the room itself features stone carpet, a living wall and a wave ceiling.

''We've really gone out on a limb to make these oversized three-dimensional illusions, which ... often in the past have only existed on paper,'' Mr Spear said.

However, not all the couple's ideas had translated easily from their two-dimensional form, with some tweaking already required.

''When you've got something in an image or an idea outside the space, when you actually put it into the space it doesn't necessarily translate the same way,'' Ms.Landsborough said.

While the illusion room appeared to be received well by the first of the tourist groups which passed through yesterday, Mr Landsborough said it was important to keep the attraction interesting by watching people's behaviour within the room and modifying things accordingly, a technique he used during the early stages of developing the world's first timber maze, which opened at the 2.6ha site in 1973.

Mr Spear and Ms.Landsborough, who took over the business in 2005, had been heeding that advice throughout the construction process.

''I've been observing all of the site workers and everyone who's come in to do their little bits and pieces ... and when something new has been installed I've been taking notice of their reactions,'' Ms.Landsborough said.

An official opening will be held in March for the illusion room, which can also be used to host functions and exhibitions. It is expected to be the final major development at the site next to State Highway 84 at the entrance to Wanaka, before possible international expansion.

Puzzling World will hold its 40th anniversary celebrations next year.