No cup, but more trails 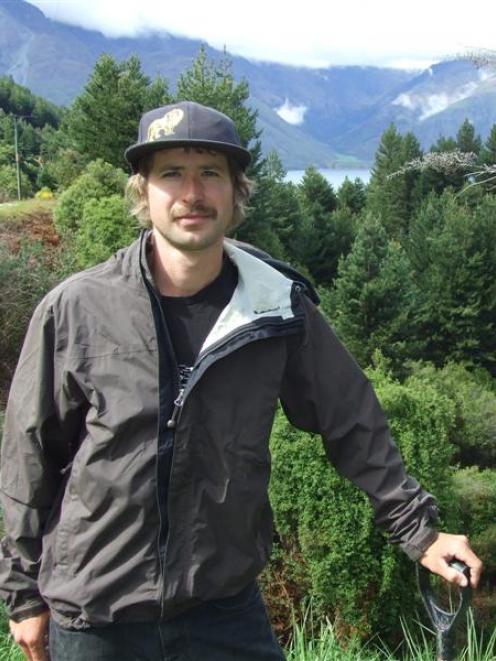 Queenstown Mountain Bike Club president Tom Hey contemplates the club's proposed cross-country mountain bike trail up the valley to Moke Lake. Photo by ODT.
Although Queenstown will miss out on hosting any of the events that comprise the 2013 Mountain Bike Cup series, bike enthusiasts can still enjoy several additional trails in the Wakatipu.

The cup series begins in Bluff on January 4 and ends in Hanua, Auckland, on February 10. It comprises five downhill and four cross-country events nationwide.

While Queenstown was where the national series started last year, this year it has lost out to mountain biking mecca rival Rotorua, which will host the Mountain Bike National Championships from February 15-17.

Series managing director Vicki Butterworth said the schedule was rotational, which was why Queenstown had missed out.

Events will be held instead in Bluff, Mt Hutt in Canterbury, Nelson, Mt Victoria in Wellington, Levin and Hanua.

Speaking from the Hawkes Bay, Mrs Butterworth acknowledged Queenstown as one of the best spots for mountain bike events, but said it seemed fair to "share the series around".

The cup series is open to all elite bikers. The championships in Rotorua are open only to New Zealand competitors.

Queenstown Mountain Bike Club president Tom Hey said although it would be nice to host a national event, there was plenty happening locally, such as the downhill race held last weekend.

He said the club had been working hard to get some of Wakatipu's trails up to standard for summer and had added a few extras.

These included jumps at Gorge Rd, a new addition at Moke Lake, a trail up Coronet Peak to Skippers Rd, and an add-on from Lake Dispute to Wilsons Bay.

"Anton is going to be a huge drawcard for spectators at some of these events after earning his world champion status in September.

"All of our top Kiwi riders will be coming along to compete because they love racing at home, but also want to do well in New Zealand to push their claims for selection in national teams later in the year."

Mrs Butterworth said there was likely to be a significant international presence during the series as it was the European off-season.

The 2013 Mountain Bike National Championships, for downhill and cross-country, will be held in Rotorua at the conclusion of the cups from February 15-17, as part of the Rotorua Bike Festival.