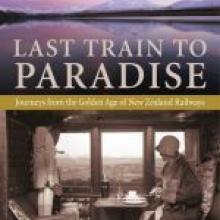 The Paradise Homestead had survived for 131 years and was a restored luxury lodge which cost $1200 a night.

But yesterday lightning struck and the historic homestead - on the edge of Mount Aspiring National Park near Glenorchy - burned to the ground.

The building is owned and operated by the Paradise Trust and chairman Tom Pryde is devastated, as are the manager of the property and countless others.

Mr Pryde said lightning struck a nearby power pole at 6am yesterday, resulting in a surge to the homestead's power system.

The homestead's manager, who was visibly upset yesterday, had been staying in the cottage next door, Mr Pryde said.

''It [the surge] was so violent and big that it shook the house, paintings fell off the walls ... the meter box exploded off the wall and sockets exploded out of the walls.'' 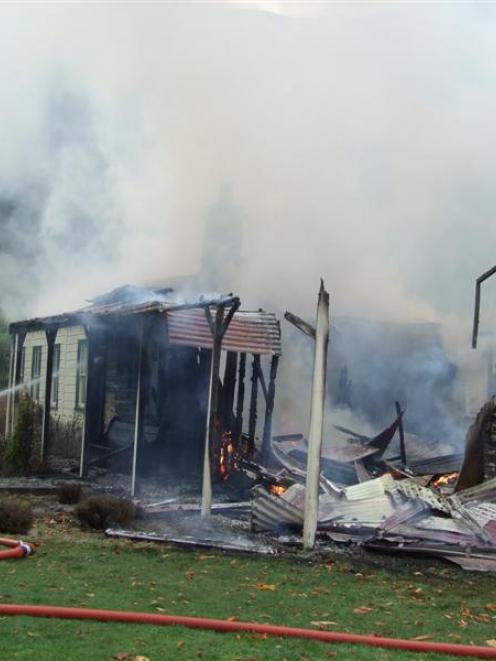 Fire crews battle the blaze at the Paradise Homestead. Photo by Christina McDonald.
But at that stage ''there was no sign of fire at all''.

With the phone and power out, the manager drove to Glenorchy to call an electrician, the trust and others.

''She returned an hour or two later and found it on fire.''

The fire was ''an absolute tragedy'' not just for the trust and guests but also for people who contributed money, paintings and furniture, Mr Pryde said..

The homestead was built in 1883 by New Zealand's first government architect, William Mason.

It sits on 128ha surrounded by cottages, also managed by the trust, which were unaffected by the fire and power surge.

Paradise Homestead was an exclusive retreat and Mr Pryde said it was too early to say what would happen next.

''But we're not going to get our chin down about this. The place is insured, but we obviously can't rebuild the same place,'' he said, before adding, ''It's not the only part of Paradise.''

The condition of the access roads caused problems for the fire crews yesterday.

As the rain fell, people with close ties to the homestead watched as it gave its last groans. 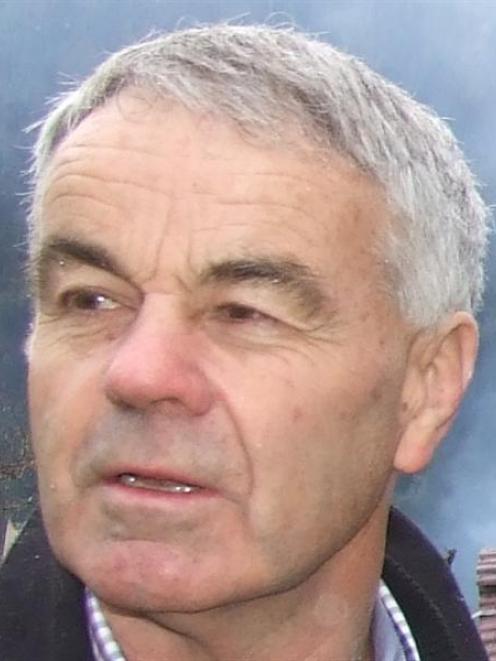 Tom Pryde
Glenorchy builder Mike Kingan, who restored the old landmark, could only shake his head and say the building had been ''completely'' restored and was equipped with fire alarms and fire walls.

Lakes District Museum director David Clarke said the homestead was one of the first ''wilderness-type lodges'' in New Zealand, originally catering for the original adventure tourists who would travel to Glenorchy on TSS Earnslaw and have a ''wilderness experience''.

The loss of the property was ''absolutely gutting'' as before the restoration it had been ''a hair's breadth away from falling down''.

Queenstown Volunteer Fire Brigade officer in charge Dion Halmshaw said at its peak the fire was fought by 14 firefighters from Queenstown with three appliances and a full complement of volunteers from Glenorchy.

Mr Halmshaw said the homestead - the equivalent of a three-bedroom home - had been destroyed by the time the first two of three Queenstown crews arrived at the scene, having turned out about 9.50am.

Mr Halmshaw said a firewall between the homestead and an accommodation wing prevented the fire from spreading.

Firefighters using breathing apparatus, ladders, hand tools and hoses fought the fire internally, pulling down a ceiling and the firewall to extinguish the blaze.

Once it was contained, beds, linen and other items were removed.