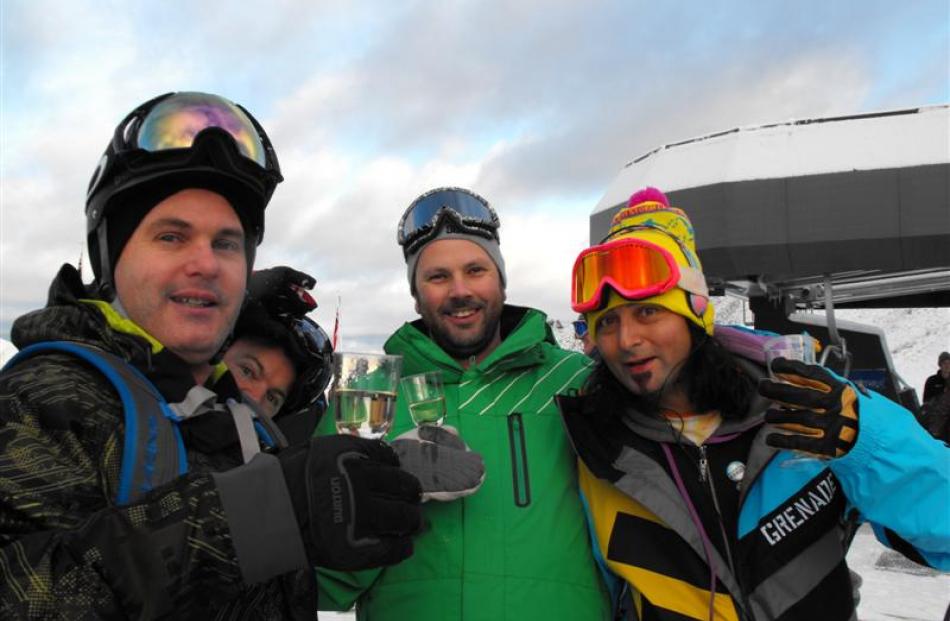 Brendon Cameron, Karl Hunt and Eddy Lecotey, all of Queenstown, make the most of the free bubbly and the powder snow. Photos by Olivia Caldwell. 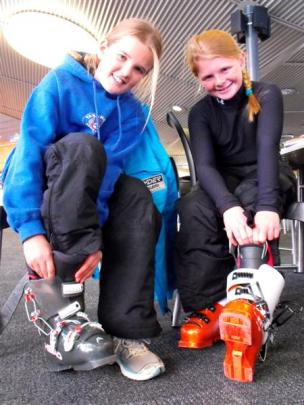 Alex Hull (11) and Alice Robinson (10), both of Arrowtown, boot up for their first ride of the season. Both are members of the Queenstown Alpine Ski Team. 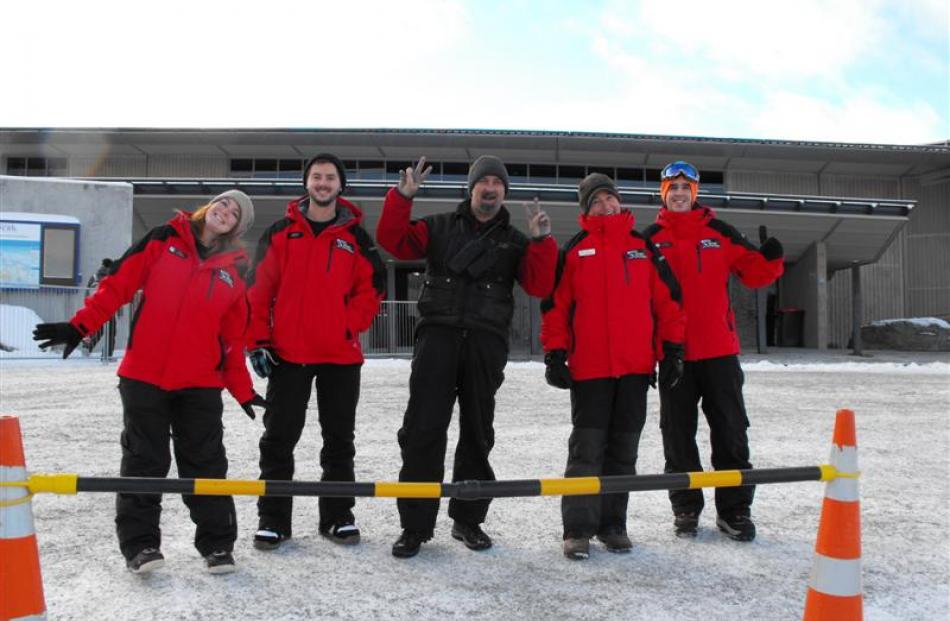 Coronet Peak workers were up on the mountain early to help the many patrons with directions. They are (from left): Laura McGhee, Alex Lucchese, Brent Kenny, Jack Stevenson and Luke Simpson. 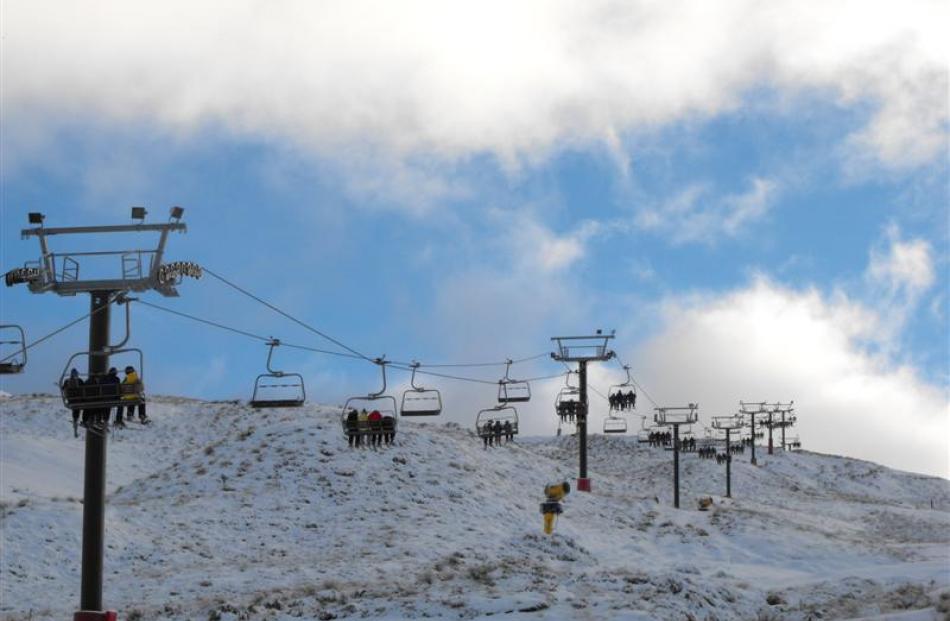 The chairlifts at Coronet Peak were chock-a-block shortly after 9am on Saturday.

Coronet Peak opened in perfect conditions on Saturday morning. More than 200 patrons were lined up at the chairlift for the cutting of the ribbon, the first having arrived at 4.30am.

An overnight snowfall, cold temperatures and blue skies set the atmosphere and a complimentary glass of bubbly topped it off.

Numbers swelled to about 1000 on the opening day and Coronet Ski Area manager Hamish McCrostie was pleased the field could get off to a far better start than the delayed 2011 season, which did not begin until midway through July.

"We're absolutely ecstatic to be open.

"Conditions are fantastic and people are just blown away with what we've been able to provide."

The opening was made possible by the snow-making system, which includes 12 snow-making guns and hundreds of staff to work them.

"We've received about 20cm of natural snow in the build-up to opening but we've been able to open with a 35cm average base, thanks to machine snow and some nice top-ups, including the 5cm that fell at 4am this morning," he said.

"It's a huge shot in the arm for everyone. There's a lot of people up there having a lot of fun, releasing that pent-up desire to get in their first runs of the season."

NZSki chief executive James Coddington said it was a "very proud moment" to see a huge team effort result in Coronet Peak and Mt Hutt, in Mid Canterbury, open on the same day, on schedule.

"It's the culmination of a huge effort between ... 14 departments on each mountain, to officially open together.

"It's the first time we've actually planned a joint opening and everybody's given 100% to come together to achieve everything according to plan."

Coronet Peak opened with the Coronet Express Quad providing access to the main M1 and Express Way trails, while the Meadows Express lift gave skiers and boarders access to the Big Easy novice trail and carpet lifts to the main beginners' area.

The Remarkables ski area in Queenstown is scheduled to open on June 16.