Skiers have plenty to do pre-season 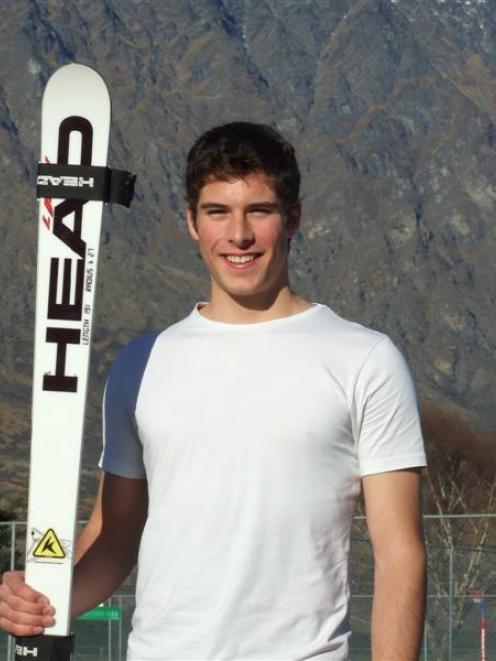 Mr Barwood (18) has recently returned from Northern America where he spent his second season training and racing while based at the Sugarbowl Academy in Tahoe, California.

Taking part in more than 60 races, he achieved one of his season goals by posting mid-30s slalom and giant slalom scores in a system rated from 100 to zero where zero represents world champion level.

Now focusing on the southern hemisphere season, the Queenstown local said the lack of snow so far was not a great concern.

"I'm not too concerned about it right now as it gives me a chance to get my fitness up before it comes. I think a good season is on its way."

Mr Barwood - ranked No 3 in New Zealand in the giant slalom event - is training at the Lakes Leisure fitness centre eight times a week, alongside New Zealand team-mate Tim Cafe.

Mr Cafe, ranked No 2, was also unconcerned, due to the amount of skiing put in over the northern hemisphere season, and said if the fields opened within two weeks' time that would be "awesome".

"Personally, I have had a bit of a back injury towards the end of the season, so it's given me an extra two weeks to build that back up again ... It's hard to say, but I think the on-snow stuff is what's pushing it, so it's always good to be back and as good as I can be before then."

Another Queenstown-based national team member, 20-year-old Taylor Rapley agrees with Mr Cafe on the benefits of a delayed season.

She said it would give her the chance to get "fit and healthy" ahead of the coming season and said the expectation of a set skifield opening date was the result of having "grown up in a snowmaking era".

"It's actually kind of fun. I just spend the day downhill mountain biking with Tim ... so we get to do the stuff we don't usually get to do while chasing winters."

Although Mr Barwood does not mind the wait, he is keen to get back up on the mountains, and especially to the Treble Cone Racing Academy, under the tutelage of head coach Guenther Birgmann - also of Sugarbowl academy.

For this season's goals he is aiming high.

"Getting my points into the 20s is a good one and also, with the Australia New Zealand Cup they give a yellow bib for first place which gives you a top-30 start in the Europa Cup," he said.