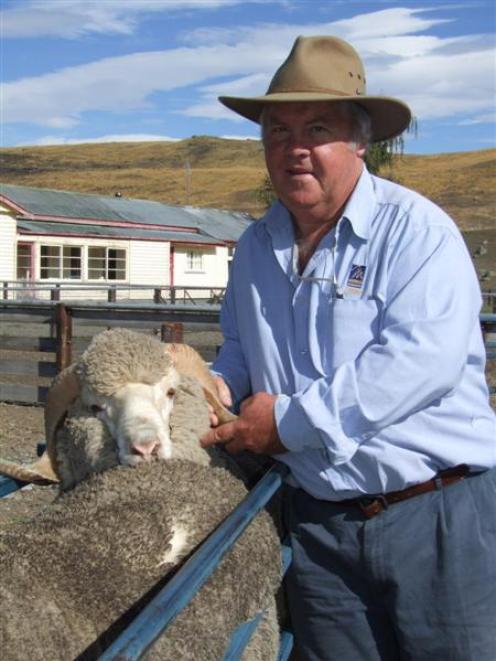 The quietly-spoken farmer - who won the South African farmer of the year title in 1985 - is reaping the rewards of adapting to change and applying his principles of "passion, vision and persistence".

Mr Pienaar is visiting merino breeders throughout the South Island and enjoying their hospitality. He has also visited Merino New Zealand in Christchurch and been to a meat works.

On Monday, he will be a guest speaker at an Otago Merino Association field day at Nine Mile Station, near Tarras.

It is his third visit to New Zealand. His first was to judge merinos at Christchurch Show in 1995 and his second was to speak at the closing of the world merino conference in 1998.

During a visit to Glenmore Station, near Lake Tekapo, on Thursday, Mr Pienaar met local farmers and shared his passion for a sheep breed he described as "the greatest animal God created and man developed".

The Pienaar family's farm,Klipplaatsfontein, in the upper Karoo area, has been in the family for 122 years. It has 40deg summers, -5deg winters and a 360mm annual rainfall.

The Mega Merinos stud was established by Andries du Toit Pienaar in 1907 and, over the past 102 years, has won a host of major awards, including the most South African champion merinos in history, topping wool sales and ram sales, and winning record numbers of both sheep and merino breeder of the year titles.

Mr Pienaar's own personal highlight was being named South African farmer of the year from 64,000 candidates from a variety of farming enterprises. At 35, he was the youngest recipient of the award.

Now his son, Jacques, is the fourth generation to be involved with merino sheep and he shares his father's passion for the breed.

The Pienaars are breeding merinos that produce 30% wool and 70% meat.

Their merino lamb is sold under the brand name Shepherd's Selection. The merino was a "dual-purpose giant" which could potentially provide world-class lamb and a world-class fibre, Mr Pienaar said.

New Zealand merino breeders were doing a "great job" and a lot of people would not believe the animals could be run on such steep country.

Now that they had "perfected" the wool, he believed they now needed to look at the meat side, particularly working on developing the hindquarter.