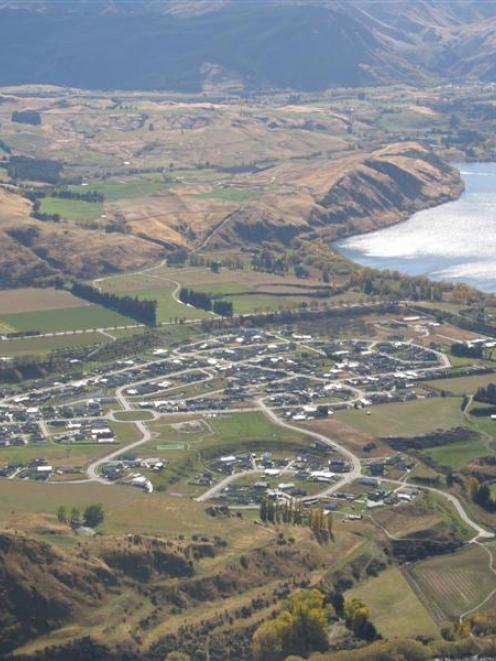 At its meeting yesterday, the council's community services committee voted to recommend to the council the vesting of the land as a recreation reserve.

In a report to the committee, council community services manager Paul Wilson said the land included a storage pond, waterfall and landscaping at the entrance to the estate.

He said the council did not vest the land at the time of the subdivision of the estate because it had some reservations about the maintenance requirements of the water feature.

The 4586 sq m lot, to be called Waterfall Reserve, is at present owned and maintained by Lake Hayes Estate Ltd.

Mr Wilson said the main control station for irrigation of council-owned reserve land within Lake Hayes Estate was on the land.

The pond could also be used as an irrigation supply backup for the internal Lake Hayes irrigation scheme.

"For this reason, it should be held within council ownership and where council has full control of the scheme," he said.

Mr Wilson said the cost of maintaining the new reserve would be $1725 a year, including gardening, grass mowing and litter collection.

Cr Cath Gilmour questioned whether the council should be spending money on maintenance while Lake Hayes Estate was still using the attractive entrance to market properties for sale.

"The primary benefit remains with the developer while lots are still being sold," she said.

Company representative Karen Hanson, of Clark Fortune, told committee members just eight sections were still for sale, and the company was trying to "draw back" from the area.

The full council will accept or reject the recommendation at its next meeting.