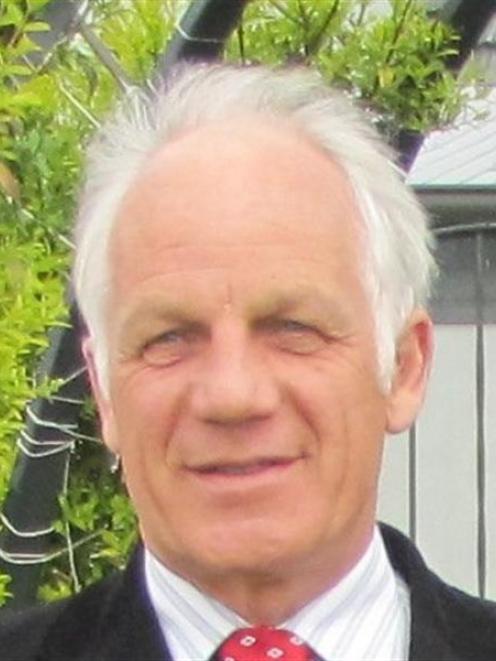 Cr Lyal Cocks. Photo by Otago Daily Times
The majority of Queenstown Lakes district councillors voted yesterday to reduce the district's three wards to two by abolishing the Arrowtown ward and councillor and establishing an Arrowtown community board.

The review is required by law every six years and requires community consultation.

The proposal also provides for the Wakatipu and Wanaka wards, with nine and six councillors respectively, and a four-member Wanaka Community Board.

An advertisement next week will call for public submissions and the review must be completed by August.

The council rejected that proposal in February.

Corporate and regulatory services manager Roger Taylor said the status quo could not be maintained because the district's population had changed, triggering the "fair representation" requirements of the "very prescriptive" Local Electoral Act 2001.

Cr Stamers-Smith sought and received reassurances from Mr Taylor that alternative scenarios would be included in public consultation documents.

Mr Taylor confirmed if ratepayers did not like what the council had voted for, they could promote the alternatives, or make any other suggestions on how they could be represented.

Cr Perkins said he was "gutted" and thought it was "almost constitutionally criminal to cancel the Arrowtown ward".

In a long, passionate speech, he reminded the councillors that following the 1989 local body reforms, the former Arrowtown borough council had been given three councillors on the Queenstown Lakes District Council. Over the years, that had been eroded to one.

The town had an worldwide heritage reputation and to replace its only councillor with a community board was a "highly contentious situation" and would further erode the community, he said.

Wanaka's board enjoyed the support of its council and had the widest possible delegated functions. The same support could be given to Arrowtown, Cr Cocks said.

Cr Perkins acknowledged Wanaka's success but was concerned community boards in other districts did not appear to work so well.

He hoped the council could find a way around the legislation.

Mayor Vanessa van Uden said it was up to Arrowtown residents to make submissions and "find a way for Arrowtown".

"It is a proposal going out to consultation and the 10 of us sitting around the table do not have the final say or knowledge on what the community wants," she said.

Cr John Mann said while he agreed Arrowtown was unique, just one person stood for Arrowtown in the last two elections.

"I don't think that was good democracy either ...

"I don't think Arrowtown has been cast adrift at all.

"I think they would arguably get better, if not just as good, representation with a community board."

Crs Perkins and Stamers-Smith dissented from the majority decision.