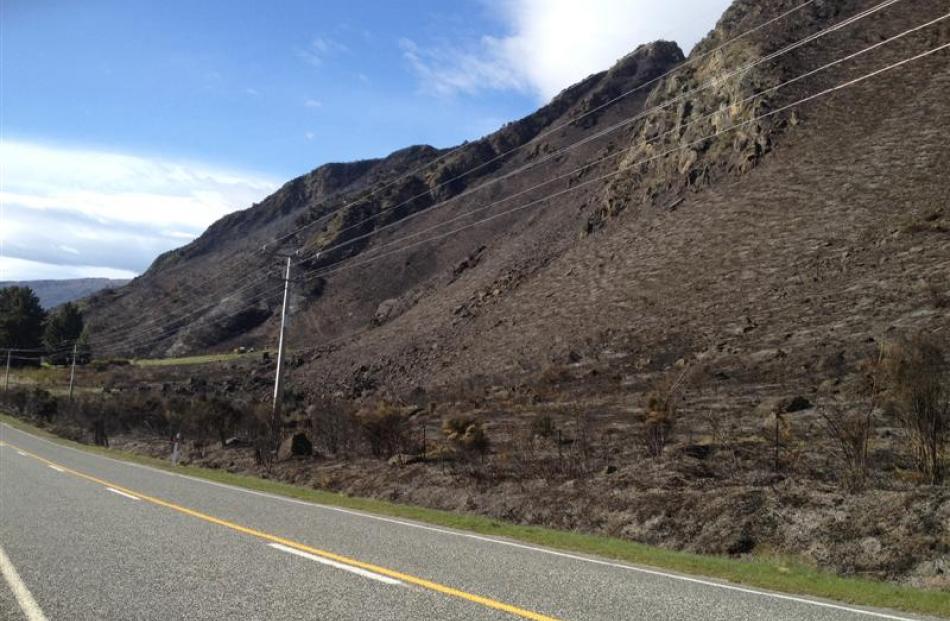 Scorched land in the aftermath of the blaze. Photo Lucy Ibbotson 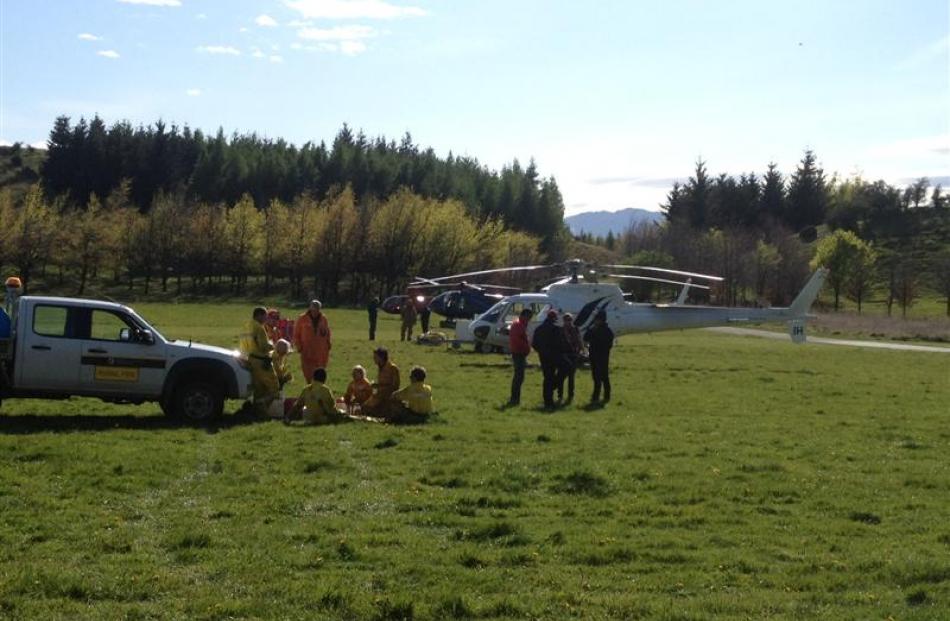 Fire crews this morning after the blaze was contained. Photo Lucy Ibbotson 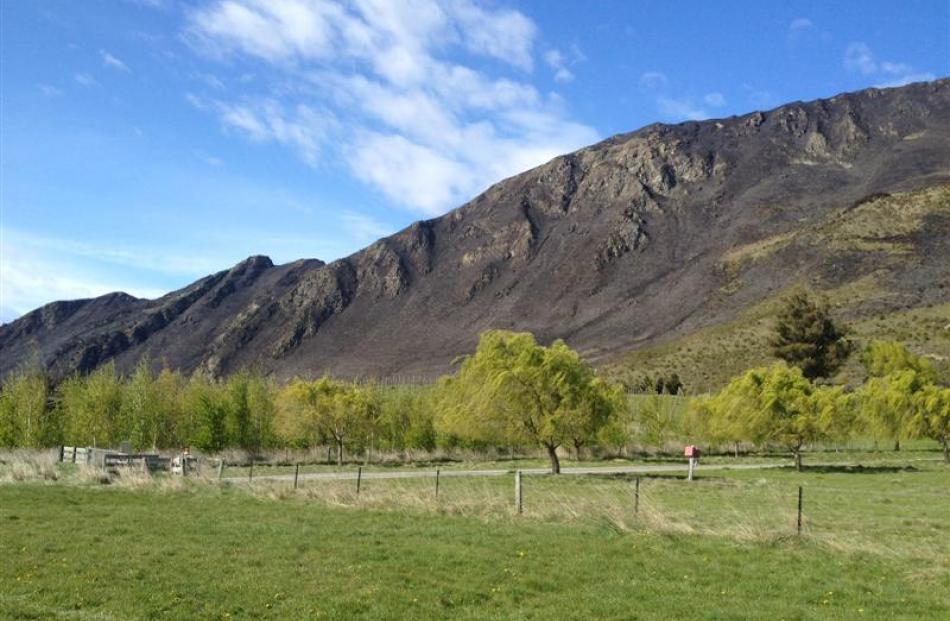 Scorched land in the aftermath of the blaze. Photo Lucy Ibbotson

Homes were evacuated as a farmer's out of control burn-off flared up dangerously early this morning near the summit of Roy's Peak, Wanaka.

Firefighters became concerned when high winds caused the blaze to flare up dangerously and police ordered several homes on the outskirts of Wanaka evacuated about 3am, Doc rural fire officer Paul Hondelink said.

"It was well and truly ablaze at 3am," he told the Otago Daily Times.

The fire burned about 350ha, including 70ha of Doc land, before being contained when the wind dropped at 5am, he said.

Wanaka station officer Garth Campbell said firefighters from several stations in the region had been involved in extinguishing the blaze.

The Department of Conservation, which has legislative responsibility for fires within 1km of a Doc reserve, took control of the fire at 6.30pm.

However, the fire had escaped into neighbouring Alpha Burn Station and another adjoining property and continued up the hillside. It was unclear at this stage what had caused the fire to spread.

Mrs Grieve said landowner John Levy had brought in a helicopter equipped with a monsoon bucket from Alpine Helicopters to try to bring the fire under control and Doc later called in Aspiring Helicopters to assist.

A Doc ground crew was also on stand-by throughout the evening.

The firefighting team was stood down about 9pm as it was too dangerous to continue battling the blaze in the dark, she said.

While the head of the fire and right flank was under control last night and conservation land was no longer at risk, the left flank was "still very active" and burning back towards the Wanaka-Mt Aspiring Rd.

"They tend to back-burn on to themselves, but in saying that, fires are unpredictable.

"Often, if the wind dies off, they can burn themselves out and that is what we are hoping will evolve."

No houses were under threat, she said.

Doc would monitor the situation throughout the night and assemble with a QLDC ground crew at the Wanaka area office at 6.30am today to reassess the situation.

Dozens of cars lined Mt Aspiring Rd throughout the evening as spectators watched the fire, which lit up the hillside overlooking the lake.