Advocates for action against racism kneel at lake front 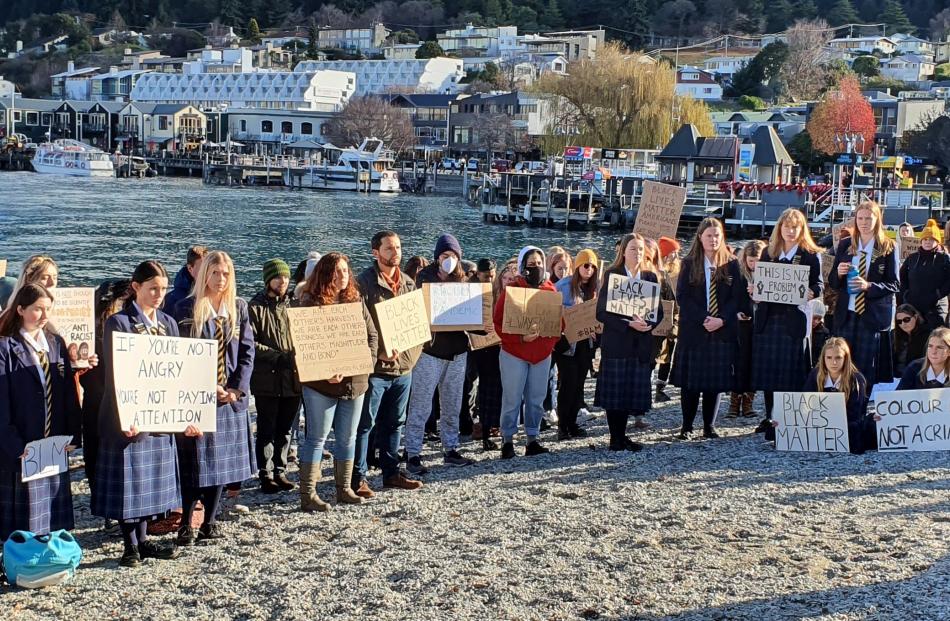 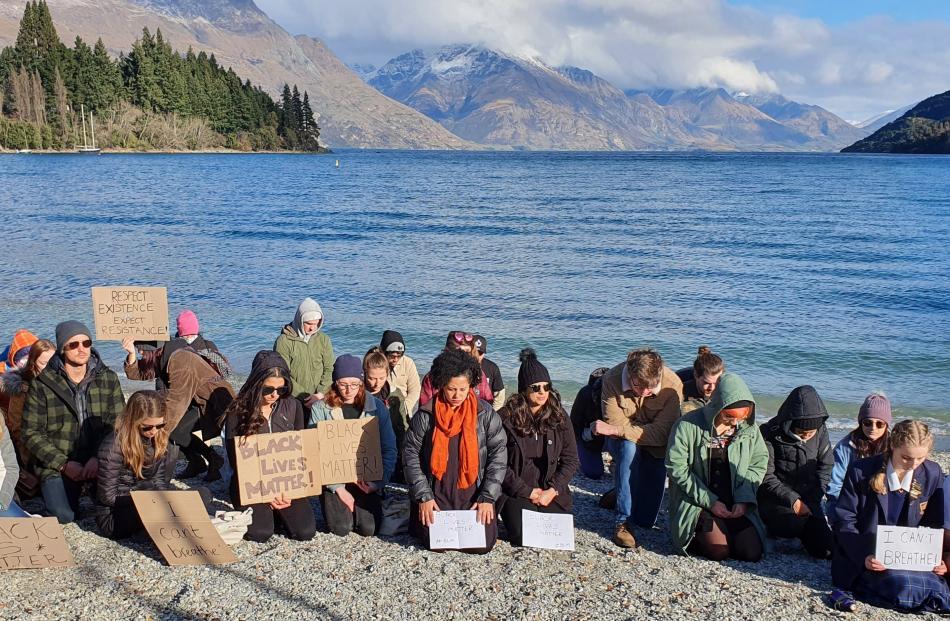 Demonstrators at the Black Lives Matter protest in Queenstown sit or kneel in silence for nine minutes. 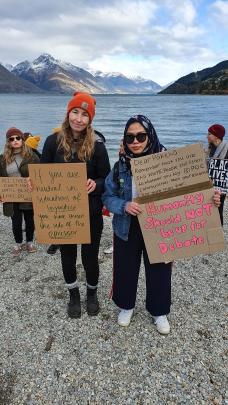 Orla O’Muiri and Natasya Zambri carried placards they had made during the Queenstown Black Lives Matter protest. Ms Zambri urged those not affected by racism to take a stand.

Protesters knelt or sat on the shingle of Queenstown Beach yesterday for nearly nine minutes, in solidarity with the Black Lives Matter campaign.

About 150 people attended the demonstration over a two-hour period, beginning at noon.

Co-organiser Neha Gosalia said although the campaign was focused in the United States, where black man George Floyd died after a police officer knelt on his neck for 8 minutes 46 seconds, it was "a global" issue.

"I sincerely hope people leave here today and are able to find resources to educate themselves on what is happening, not just in the United States, but everywhere in the world where there is police brutality and racism."

She wanted people to contact politicians and pressure the Government to "condemn racial injustice".

Two protesters could be seen wearing face masks with the words "I can’t breathe" written on them.

These were the dying words of Mr Floyd, whose death in Minneapolis two weeks ago triggered global protests.

Ms Gosalia said the organisers had a QR code for people to check in to the protest and volunteers asked people to stand in their bubbles.

Natasya Zambri, who said she had experienced racism since moving to New Zealand from Malaysia, carried a placard that said "humanity should not be up for debate".

"I am Malay, from Malaysia. I was the majority, privileged and entitled.

"I want to encourage people to not be like me. Don’t start [campaigning] only when you encounter racism. Start today."

Similar protests have been held in Auckland and Dunedin, as well as other areas of New Zealand.