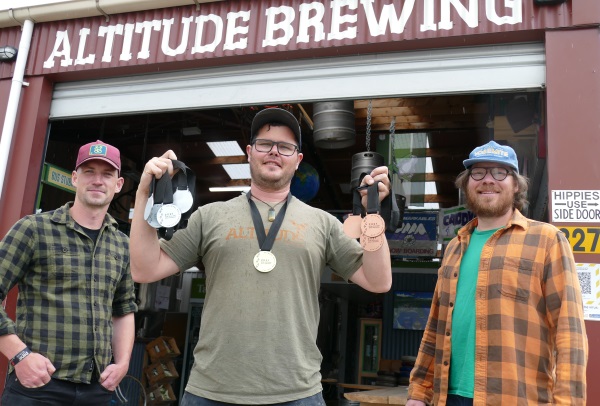 Announced at a virtual awards ceremony last Thursday, the company picked up 12 medals in all for its beers, and then capped it off with the overall win in the Brewers Guild of NZ Beer Awards ’21.

Managing director Eddie Gapper says he and brewer Eliott Menzies were ‘‘pretty amazed, to be honest’’.

‘‘It’s the biggest thing that we could win as a small brewery, and we got an impressive haul of medals, but then to come away with champion small brewery, it was absolutely  amazing.’’

The company was formed in 2015, however, Menzies had been brewing commercially for several years before that.

The pair opened their boutique brewery at Sugar Lane, opposite the Frankton Marina, in 2018, which has grown organically ever since.

Making their wins last week even more satisfying, is the fact it’s the first time they’ve entered all of their own beers.

‘‘In the past, we’ve had a mixture of beers that we’ve made, and beers that have been  contract brewed, so this was also all of our own work, so that’s immensely gratifying.

Particularly gratifying was the gold medal, Gapper says, given just 4.1% of beers entered were awarded one.