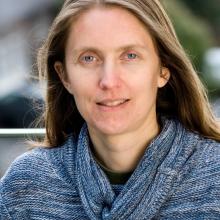 Inga Smith
A University of Otago lecturer opposing plans for a "snow factory" at Coronet Peak for summer skiing believes it will use more electricity in just two days than the average New Zealand home does in a year.

Environmental physics lecturer Dr Inga Smith, who made the only submission against NZSki's application for a 40-year concession over the recreation reserve, attended the Queenstown Department of Conservation office for a hearing on Thursday.

Dr Smith said the "snow factory" - which can make ice and shred it regardless of air temperature - was not a traditional snow machine and little was known about its ecological effects.

"The technical information sheet for the snow factory indicates that this facility would be energy and water-intensive."

She wanted Doc to do an environmental assessment of how snow coverage of land which is historically ice-free in warmer months would affect plants and animals.

She asked for the application for a 40-year concession to be reduced to 20 years with a 10-year review.

"I think this is particularly important in a warmer climate because circumstances are likely to change remarkably over the next 40 years."

Three NZSki officials were at the hearing and said the "snow factory" would be used primarily during winter, in a "very limited section" near the lower slopes where snow got "thin".

It would enhance the experience for beginners and secure season opening dates.

NZSki said summer skiing was not the focus and would not happen where native plants grew, while the machinery would operate within legal water-usage requirements.

Chief executive Paul Anderson argued the 40-year concession was important because investing in infrastructure was a huge and costly undertaking.

"To put good-quality infrastructure there, you need the incentive to invest longer term and the longer the lease, the more certainty around the investment you get," Mr Anderson said.

He thanked Dr Smith for caring enough to make a submission in the interest of protecting Coronet Peak's conservation values, and said it was an issue the company took seriously.

Hearing chairwoman Deidre Ewart will make a recommendation to Doc and a decision is likely to be made within two months.