Couple put through the hoops

The financially-stretched owners of Queenstown’s aerial silks and hoops studio have pulled the pin, leaving 100-plus students hanging.

Gravity Entertainment Ltd’s Sarah Jane and Mike Harford have surrendered the lease on their Remarkables Park premises and are staring down bankruptcy.

The business went into liquidation two weeks ago, but they’re challenging it.

After all their hard work since 2015, building up an aerial performing arts community, Mike says he and his wife are “completely devastated”.

He says they never got over the financial problems incurred by delays getting into their new premises last year, having committed to an upgraded facility, after two earlier ones, to meet the demands of their members.

They expected to move in on January 10, but didn’t get in till May 20. 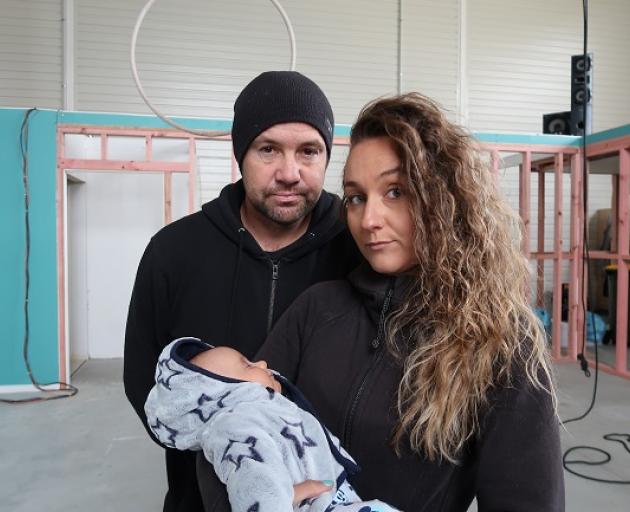 However they still couldn’t get up and running as there was no lining – “it was basically a farm shed”.

They also needed to take out a second loan to meet fit-out costs.

Sarah Jane and Mike say they’d dreamt their facility could become a performing arts hub, in lieu of the local council having anything on its radar.

But due to mounting costs, they could only install about 40 per cent of what they’d hoped to.

Mike says they gradually built numbers back up again, and a new landlord who bought the building was helpful, “but a year later we were still chasing our tail from those loans and all those delays and all that loss of earnings”.

They’d also had to bear the costs of a tutor during the latter stages of Sarah Jane’s recent pregnancy.

With creditors poised to pounce, Mike estimates they’re almost $100,000 in the red.

He says over the years they’ve had well over 500 students on their books.

“We’ve affected a hell of a lot of people in the Queenstown community.

“The well-wishes are coming from all over the world.

“We’ve got a household name in Queenstown, it’s nationally recognised, and people know us internationally as well.

“We definitely want to come back if we get enough financial support.”

“I’m devastated and everyone is devastated,” she says.

“I’ve been quite emotional about it – it’s just something that’s become a real passion for me.”

Creditors ready to pounce in the Golden Age of Accountancy.
- Don't give us Culture, we're not buying it, son.