By Miranda Cook
0 Comments
As a Southern Lakes Helicopter rescue crew is incredibly found alive after ditching in the Southern Ocean this week, Miranda Cook talks to their counterparts crewing Queenstown’s new service.

Queenstown’s new rescue helicopter - one of the most technically-advanced BK117s in the country - is impressive even for those with limited aeronautical knowledge.

But it’s the skill, grit and gusto of the pilots and paramedics that are key to saving those lost, injured and at risk in our dangerous alpine environment.

Meet Jodie Burton; a Queenstowner through and through, and one of the four paramedics on the crew.

Her CV stood out as one of the best when Otago Regional Rescue chopper bosses were picking paramedic staff for the region’s first dedicated rescue helicopter service.

It’s been based at Queenstown Airport since November 1 last year after government reforms.

At just 36, Burton has a nursing degree, a paramedic degree and 10 years’ experience charging the frontline in emergency departments and ambulance call-outs. 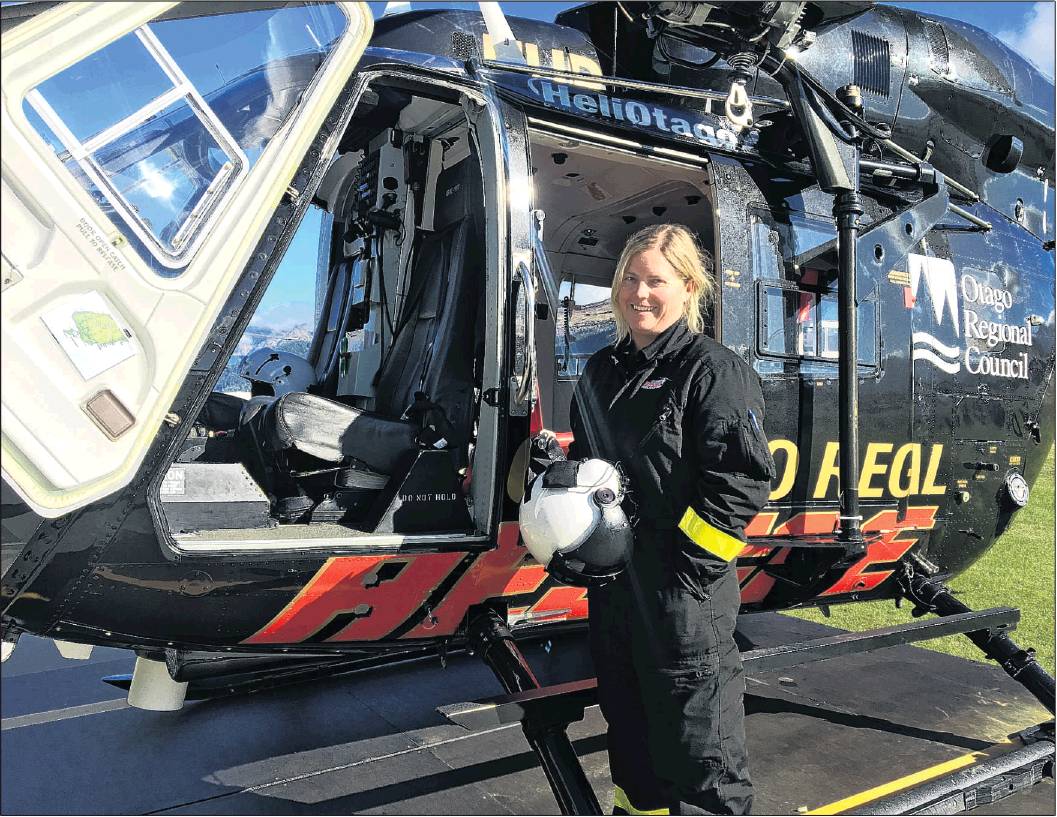 Queenstown’s Jodie Burton is one of the highly-skilled paramedics manning the new rescue helicopter.

On top of this, the go-getter spent her early career on ski patrols in Queenstown and Antarctic.

But her achievements have been driven by one dream, and in 2016, she was a step closer after taking a job as crewman on the Westpac Rescue Helicopter in Wellington.

‘‘That really was the stepping ­stone; I always knew there would be a dedicated service in Queenstown, and to be the helicopter paramedic here was the ultimate,’’ Burton says.

It’s a qualification the other paramedics, local Dan Bentley, Pierre Macalincag, of Auckland, and Australian Dave Chittenden, also have under their belts.

‘‘The helicopter here always goes out with an intensive care paramedic on board, which means it is crewed to the highest clinical standard in terms of paramedics,’’ she adds. 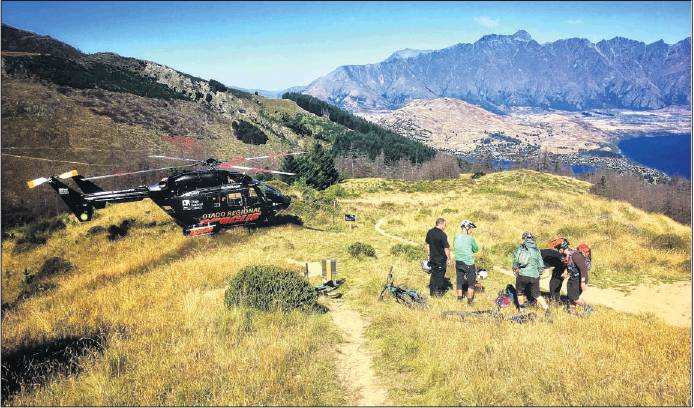 Queenstown’s Otago Regional Rescue helicopter helps an injured mountain biker
Between November 1 and April 17, the crew responded to more than 230 calls for help. That’s close to two call-outs per day, on average. The team does inter-hospital transfers, mountain rescues, car accidents, beacon searches, and much more.

‘On alert’ is the constant gear for the crew, especially with skiers, mountain bikers and trampers heading for the secluded hills all-year-round.

Furthermore, the region’s violent weather conditions and harsh landscapes make rescuing people from hard-to-reach places all the more difficult and dangerous for everyone involved.

Pilots Justin Gloag, Jason Laing and Bernie Attwood, also locals, are notching up lots of flying time between them.

Burton points out how invaluable this experience is when working in a hairy neck of the woods.

‘‘The weather can just change so quickly, it makes a difference having a local crew who know how the wind might come off a certain bridge.’’

‘‘There is stuff that will never leave your mind, you will always have jobs you can think of straight away,’’ she says.

Like most healthcare services in New Zealand, funding shortfalls remain a constant challenge.

In a complicated payment scheme, the helicopter rescue service is partially funded by the Government and also through two community trusts. The service can’t survive without community donations.

The helicopter paramedics are employed by St John, and are paid under the same system as those who work in ambulanc­es.

As many know, St John staff around the country have been striking over pay and conditions, and feeling undervalued due to the fact paramedics aren’t registered health professionals in New Zealand.

Providing acute medical care in life-threatening situations seems like a good enough reason for paramedics to be recognised on the national register, Burton says.

Not one to dwell on negatives for long, she brings it back to the bigger picture, saying ‘‘saving lives is nothing short of rewarding’’.

‘‘People set off their beacon and in 45 minutes a helicopter arrives, and people are just so grateful to see you,’’ she says with a proud smile and not a hint of self-importance.